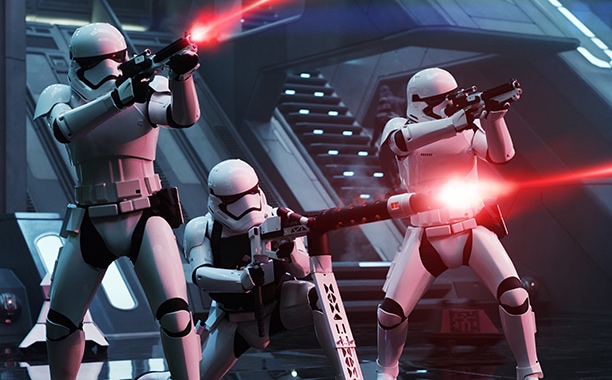 There has been an awakening. Have you felt it? The box office sure has. In it’s first weekend, Star Wars: The Force Awakens has completely obliterated records for opening week sales.

The movie made $238 million domestically this weekend, surpassing even this year’s megahit Jurassic World, which took in $208.8 million. J.J. Abrams, the man at the helm of this massive phenomenon had some understandable doubts taking on the beloved space adventure’s sequel. “Oh, J.J. is terrified. There’s a lot of pressure on J.J. to start paying Disney back for, you know, the franchise they bought from George Lucas,” longtime friend and mentor, Steven Spielberg told The Daily Beast. That franchise didn’t come with a small price tag. Disney shelled out $4 billion to acquire the rights to Star Wars and paid another $350 million to fund The Force Awakens. But, with the recent box office numbers, it’s safe to assume J.J.’s fears have been since extinguished.