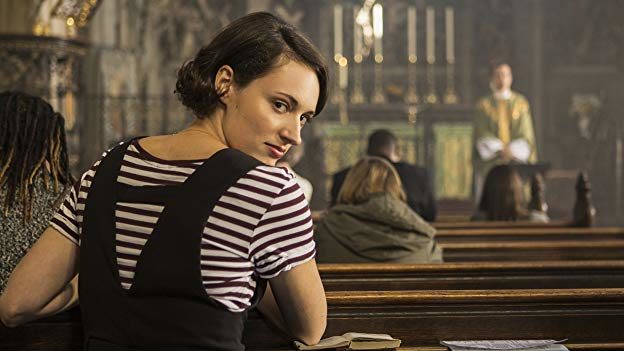 As nights full of famous people patting each other on the back go, Sunday night’s Emmys were a fairly tolerable affair. There’s so much good television out there these days that Emmy voters almost can’t help but recognize notable achievements. Fleabag, for example, took home awards for lead comedy actress (congrats to Phoebe Waller-Bridge), comedy writing, comedy directing and comedy series. That, in the business, is what they call a “sweep.”

Fleabag makes for an interesting win. The show stars and was written by Waller-Bridge, who plays an unnamed woman navigating a downward spiral of grief, guilt and self-sabotage. The second, final season found her wrestling with her attraction to a priest (played by Andrew Scott, affectionately known as “the hot priest” on Twitter) and his own tension between an interest in her and his devotion to a higher calling. It’s a crass show with pervasive sexual content, but few series in 2019 were quite as preoccupied with the divine.

Game of Thrones also showed up one last time and left all but empty-handed, though it did claim the evening’s big Outstanding Drama series award. Quite a feat for a season nobody liked.

Other big wins included Bill Hader taking home a richly deserved lead actor award for Barry and Jodie Comer winning the lead actress award for Killing Eve. To few people’s surprise, the grimly engrossing Chernobyl claimed the award for best limited series and Jharrel Jerome won best actor in a limited series for When They See Us, becoming the youngest person to do so.

A Note From Cameron Strang