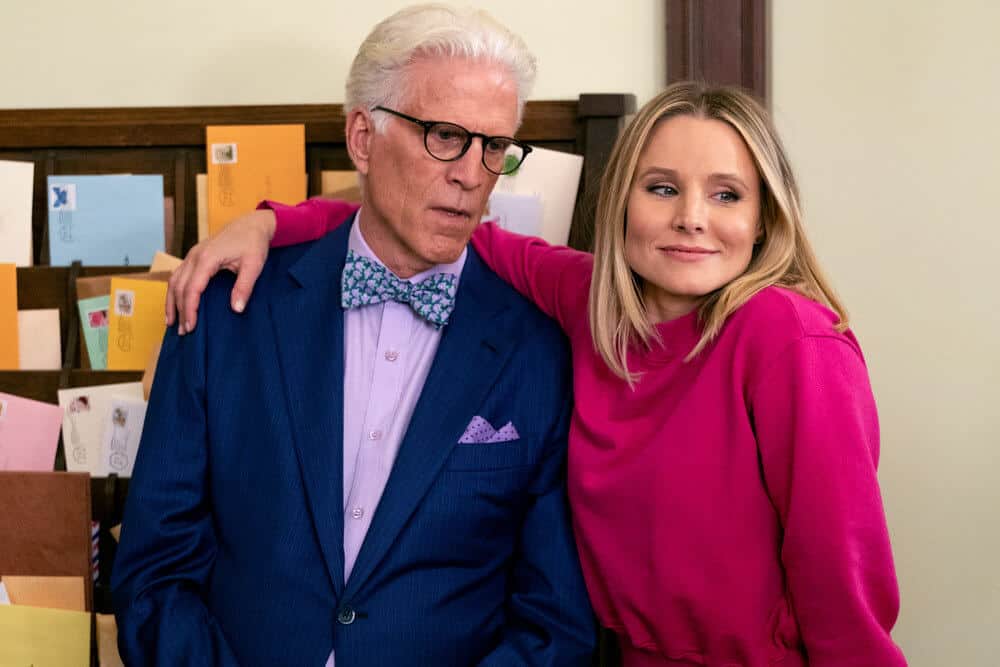 This bears repeating: The Good Place is not a Christian show. It ducked away from endorsing any particular theology in its very first episode, when Michael explains Doug Forcett, a stoner, is the guy who “got it right” (well, 92 percent of it) in regards to the afterlife.

The show operates on a melting pot thesis statement of what comes next, and not to its detriment, because rather than being a show about truth, The Good Place is about the search for truth, and what that search means for people who are just trying to figure out how to live life well.

Smart people call this exploration “meta-ethics,” but for most of us, it means The Good Place is just really darn fun. The show’s lack of adherence to any one creed means it can dabble in a bit of everything, making for a series that moves between ideas faster than a college freshman in the religious section of an activities fair.

The Good Place has dealt with utilitarianism, contractualism, nihilism, moral particularism, moral intuitionism, virtue ethics and loads more philosophies, channeling thinkers as rangey as Plato, Kant and Judith Thompson. This intense syllabus was all in service of answering the question “what do we owe each other?” which served to push the characters down a path toward the Good Place itself (with any luck, for them and the viewer).

Until the most recent episodes, including last week’s “The Book of Dougs,” The Good Place structured judgment in its afterlife model around a points system: Good actions earned you points and bad actions took away points, and if you reached a certain point threshold, you entered the Good Place. Salvation by works, basically.

But as the characters wrestled with the points system to earn their way to heaven, they found that defining actions as good or evil was almost impossible because things like motivation and context muddled so much of what they did and why they did it. In season three, their frustration reached a boiling point after the revelation that no one had made The Good Place in 500 years; the point threshold was just too high.

In an effort to disrupt the system and advocate for their own goodness, the characters went to the Good Place to make the case in person (we’re yadda-yadda-ing a lot of plot here). And finally, viewers saw a small taste of this show’s vision of heaven. They may have been restricted to the mailroom, but here’s what we learned:

All of The Good Place’s meta-ethics have brought it to the point where its at odds with the works-based system it has used so far, and because that system is starting to inhibit the characters, we’re seeing an active discussion of grace appear on a show that until now has kept things pretty legalistic. There’s no Jesus talk (yet?), but the idea is unmistakable: Eleanor, Chidi, Tahani and Jason (and Michael!) are good people trying to do the best they can, so why can’t they just be forgiven and enter the Good Place?

That’s the show from here, and it presents an exciting turn as we near the third season’s finale this week. The Good Place will never be a religious show, but it’s always been a philosophical one. In season three, it’s become just a bit spiritual, too. Perhaps what we owe to each other is beyond what we have the right to give.