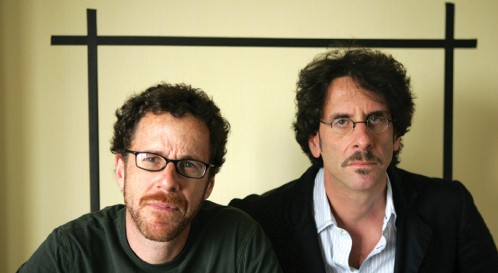 Joel and Ethan Cohen have been pacesetters in American cinema for more than 26 years. Whether a big hit (No Country For Old Men, which won Best Picture) or less successful (The Hudsucker Proxy, which is well worth catching up to), their films are almost always known for originality and risk-taking. The brothers have been on a roll the last few years especially, with No Country for Old Men, Burn After Reading, last year’s Best Picture nominee A Serious Man and now their Oscar-nominated take on Charles Portis’ Western novel True Grit. RELEVANT caught up with the Coens recently in Los Angeles to discuss the religion-laden instant classic.

The movie seems to be less a Western than it is a really dark comedy. Did you approach it that way?

Ethan Coen: There’s a lot of humor in the Charles Portis novel. It was one of the things that attracted us to the novel and the idea of adapting it. And we wanted to [let] the humor in the book sort of come through in the movie. That was important.

Someone pointed out that Mattie’s not in real danger until she kills a man. Was that sense of consequence important to you to relay?

Joel Coen: One of the things that struck us about the novel was that, more than a Western, it [is] almost this youthful adventure story. In connection with that, you often have this kind of Perils of Pauline action at a certain point, where one thing just leads to another. So that’s closer to the way we were looking at it.

So, in your view, that scene doesn’t make the movie into a morality tale? You don’t feel it’s telling a lesson about action and consequence?

Joel Coen: Well, that’s certainly an element of the story and the novel, but I wouldn’t associate it with her killing a guy and then falling into a pit with snakes. Yeah, I mean, I wouldn’t, I don’t think that’s where it comes in.

The film opens with a quote from Proverbs—this does add a sort of divine sense of mission to Mattie’s revenge. Was that intentional?

Ethan Coen: The opening voiceover is taken directly from the book. The reference to that particular Proverb is in the beginning of the book—not as an epigraph, but in the context of her speaking and her narration. And the divine sense of mission is definitely a big part of the story.