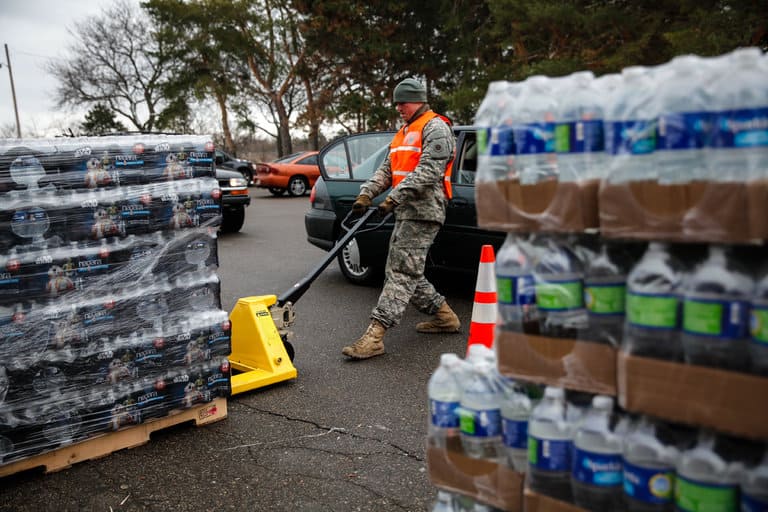 More than two years after the contamination began, residents of Flint, Michigan are still without safe and clean water to use for any of their daily needs.

Yesterday, a federal judge in Michigan ordered that city and state officials provide each person living in Flint with 96 16.9-ounce water bottles each week—about 13 bottles per day—while the city continues to work toward a permanent fix.

People who have filters that work or decline the water delivery are exempt from the judge’s orders, but every other resident will receive the weekly water. The judge also required the government to give residents information in several translations explaining the contamination and how they can install filters that will make the water safe.

Residents in Flint requested water deliveries from the city and they were routinely denied because “residents had sufficient access to clean water from distribution centers throughout Flint and at home using filters that the city provided.”

The American Civil Liberties Union of Michigan, the Natural Resources Defense Council, Concerned Pastors for Social Change and a resident named Melissa Mays all came together to file the lawsuit against the city and state.

In rendering his decision, the judge said, “It is clear that some residents, who are actively seeking safe drinking water, are encountering great difficulty.”

The judge’s decision is in effect as of yesterday and he also required government officials to give him an update on their progress next month.

To put the number of bottles each person will have in perspective, in March this year, CNN found that one family of three used 151 water bottles—also 16.9 ounces—each day. They used 36 for cooking, 36 for washing hair, 27 for drinking, 24 for washing dishes and 28 for washing their faces, brushing teeth and other things. This specific family was able to go to a relative’s home in a nearby city about twice a week to shower and do laundry, which is why their usage number was so low.

The Cavs’ Mannequin Challenge With Michelle Obama Is the Best Yet

There’s a Critical Difference Between Infatuation and Love