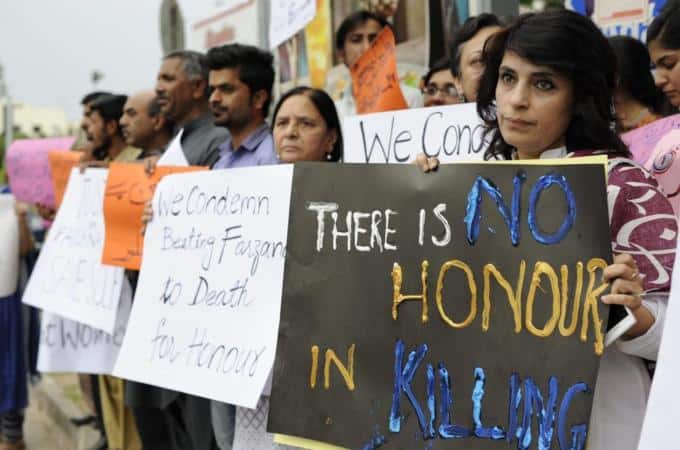 In a terrible story of injustice, a man in Pakistan who killed his daughter, Kiran Bibi, and her boyfriend, Ghulam Abbas, to “save family honor” was acquitted in court after he pardoned himself, as well as his son and nephew who were accomplices in the crime.

Laws condemning honor killings recently passed in Pakistan following the death of outspoken social media celebrity, Qandeel Baloch who was strangled by her brother. This law stipulates strict sentences for the perpetrator even if the family of the victim pardons them. Because the perpetrator is the father of the victim, he has the privilege of acquitting himself.

“The deceased, Kiran Bibi, was my real daughter,” Muhammad said in court. “I have forgiven the accused persons in the name of Almighty Allah, and have no objection to their acquittal. I also waive my right of [retribution] and [blood money].”

The family of Ghulam Abbas also submitted a petition pardoning Muhammad and his accomplices. The case was dropped by the judge due to “no chance of conviction.”

Kerry Washington on the Death of Deborah Danner: ‘We Must Continue to Affirm That #BlackLivesMatter’

Brain Injuries From Football Start as Early as Age 8