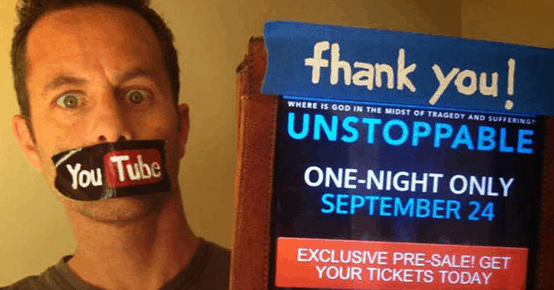 Last week, the trailer for Kirk Cameron’s new film Unstoppable was, ironically, stopped from being posted on Facebook and YouTube. Links to the film’s website were mysteriously blocked when posted on Facebook, and YouTube initially prevented the trailer from being shown. After rallying Facebook fans to contact the Internet giants in protest—and getting a lot of free publicity in the process—the links and trailer were made available on both sites. Now, Facebook has released a statement, informing users that the links were blocked not because of objectionable content, but because of a mistake with its automated SPAM-blocker.

These systems are so effective that most people who use Facebook will never encounter spam. They’re not perfect, though, and in rare instances they make mistakes. This link was blocked for a very short period of time after being misidentified as a potential spam or malware site.

U.S. Will Give Weapons to Syrian Rebels

Listen to a New Track from The Civil Wars