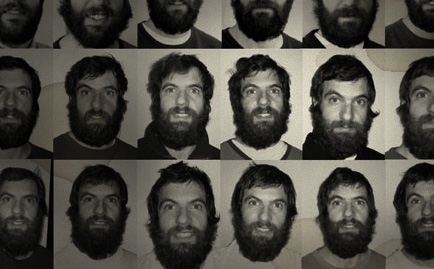 Some people wonder what it would be like to crash the Academy Awards. Or how it would feel to outsource every imaginable responsibility of their life to a team of assistants in India. Or how about telling the truth, no matter the consequences, for an entire month straight?

Well, A.J. Jacobs has taken those challenges on himself, for his new book The Guinea Pig Diaries (available now). As the editor-at-large of one of America’s premier magazines, Esquire, he could have settled into his plush corner office and kicked back to a life of luxury assigning stories to other writers. But his natural curiosity got the better of him and set him off on a quest of radical self-improvement.

“I decided to work on my mind by reading the entire Encyclopedia Britanica (for the book The Know-It-All), and then work on my spiritual side by following every imaginable rule in the Bible for a year (in The Year of Living Biblically),” explains Jacobs. “And for my next project after Guinea Pig, I’m going to try to be the healthiest man alive, using techniques from around the globe to bring me into optimal physical condition within a year."

Consider Guinea a bridge to that perfection, then—nine chapters reflecting nine separate months of delving into optimal alternative ways of living. In one chapter, he depicts what happened when he followed his wife’s every whim, while on the flip side he also spent a month pretending to actually be a woman, going online pretending to be his nanny in order to help her find true love via cyberspace.

The experiment wound up showing him both the sleaziest side of the male mindset as well as the sadder, vulnerable side of the truly lonely and socially incapable. But overall, he was impressed with the emotionally open and honest way most men expressed themselves, restoring his faith in his gender’s innate decency.

Jacobs’ experience following the Bible intensely for a year led to Year becoming a huge national bestseller, and it’s currently being developed as a movie concept. During that time, he grew his beard out for a full 365 days, never grooming it, and even took to the streets of New York City in the final weeks dressed in flowing robes (prior to that, he instead dressed in all-white attire the rest of the year, per a directive in the Book of Ecclesiastes.) And despite being an agnostic, Jacobs found that there was indeed a lot of value to be found in the Good Book.

“The Bible says ‘Be fruitful and multiply,’ and my wife wound up getting pregnant with twins three months into the year and having the babies right before the year was up,” laughs Jacobs. “I also stoned an adulterer like the Bible says, but I hit a guy who came up to me and said he was one when he saw me wearing the robes. I only used pebbles to hit him though. The best daily part of the routine was wearing white clothes, because how can you be in a good mood if you look like you’re about to play Wimbledon?”

Yet even as he admits to still being an agnostic, Jacobs has warmed greatly to the idea of Judaism. While he claims to be doing it to give his children a richer sense of religion to make their own decisions, his book publicist admitted at one point that he was eager to head back out of Los Angeles to his New York City home in order to be there in time for the Rosh Hashanah high holydays.

“My wife and I joined a Reform synagogue so that our three sons could be raised with knowledge of religion despite the fact I had not,” says Jacobs. “I managed to stop swearing and cut back on my gossiping a lot. I even practice the Sabbath now, turning off my email and phone all day on Saturday, and found it really does create a peaceful zone in your life to take a day of genuine rest. All in all, I’d say I now sin about 30 to 40 percent less than I did before.”

Jacobs studied philosophy at Brown University and fell into writing when there wasn’t actual work to be found in the modern age as a philosopher. But with all the life lessons his book experiences have had to offer him, Jacobs has found a deeper way of living amid the laughter his books provoke in readers.

“These experiences have all rubbed off on me in several ways, because they taught me how important it is to try and experiment with your life,” says Jacobs. “We get stuck in these ruts. When you shake that up, try new things you discover and become happier.

“One of the big life-changing lessons that still stays with me is a sense of gratitude and that’s because the Bible tells us to say prayers of thanksgiving all the time. I would say dozens or hundreds a day, like I’d press the button and say thanks for elevator coming and then thankful that the elevator didn’t plummet when I got on it. It was a strange way to live, but also wonderful. But I did have to say I learned how many things go right. If that alone had been the lesson, that would have been enough.”

We Are Christians by Our Scars