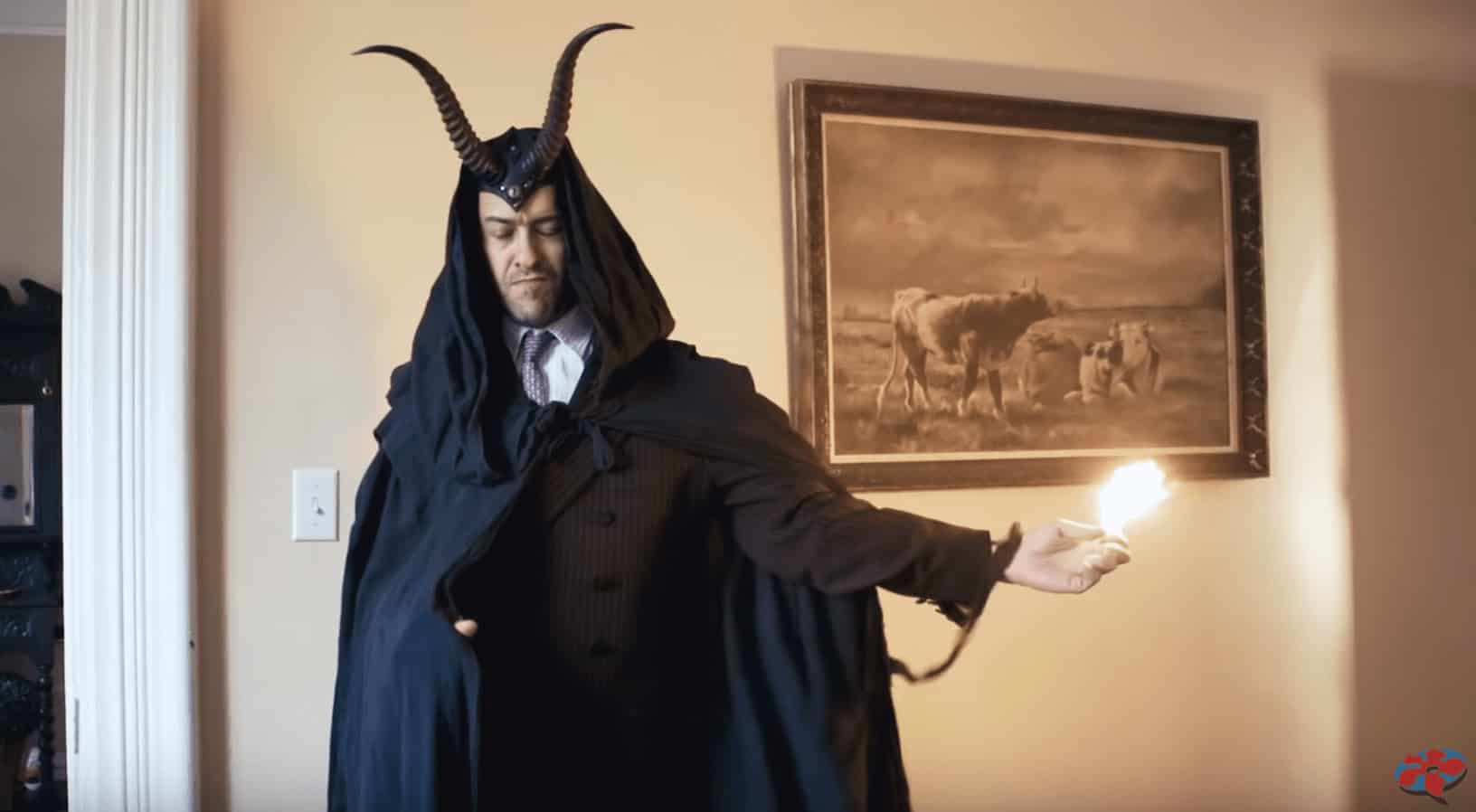 There’s a new documentary coming out this Friday called Hail Satan?, about the rise of the Satanic Temple. The movie’s by Penny Lane, a filmmaker known for her funny and rebellious documentaries.

The film is out to define exactly what the Satanic Temple is and what its mission is, and the answers might not be exactly what you expect. On its face, the Satanic Temple claims to be an advocate for total secularism in the public square. They express this advocacy, however, through ironic stunts, like trying to install a statue of Baphomet on the grounds of a courthouse in Little Rock, Arkansas, a place where the Ten Commandments are displayed prominently.

Does the Satanic Temple worship Satan? No, they actually don’t even believe in Satan. They’re out instead to use Satanic imagery as a way to overturn traditional hierarchies (especially those dominated by religion, Christianity in particular) and question the way religion is integrated into established institutions, like American government and other structures.

In other words, these people are very capable, very clever trolls. They’re out to promote individual freedoms.

Here’s a trailer for the documentary. It begins distribution April 17.

As you might be able to tell, the tone here is closer to a comedy than anything else. The movie chronicles the rise of the Satanic Temple and follows some of their rebellious efforts to question authority. Apparently, there’s also a guy who uses a device to shoot fire from his hand.

Of course, in today’s culture, evoking Satan is super provocative. That’s sort of the point, and the movie looks at why people join the movement even if it is so abrasive and potentially divisive. The main question here is if the Satanic Temple can be considered a legitimate political movement or just a well-organized band of goofballs (the question mark in the documentary’s title hints at this conflict).

Director Penny Lane told Vox: “By the time I heard of them, the Satanic Temple had gone from being kind of a joke to being a real thing. I started by asking, ‘Are they serious, or are they kidding?’ and realizing that the answer was ‘yes’ and ‘yes’ was just really fun. I loved the idea of watching a new religion get born, right before our eyes, and how goofy and weird that looks, especially if you’re not part of it. They’re literally doing rituals with things they’re getting from the Halloween store.”

Reviews for Hail Satan? have been strong so far. It sits at a healthy 93 percent on Rotten Tomatoes. You’ll be able to see the movie for yourself this Friday.