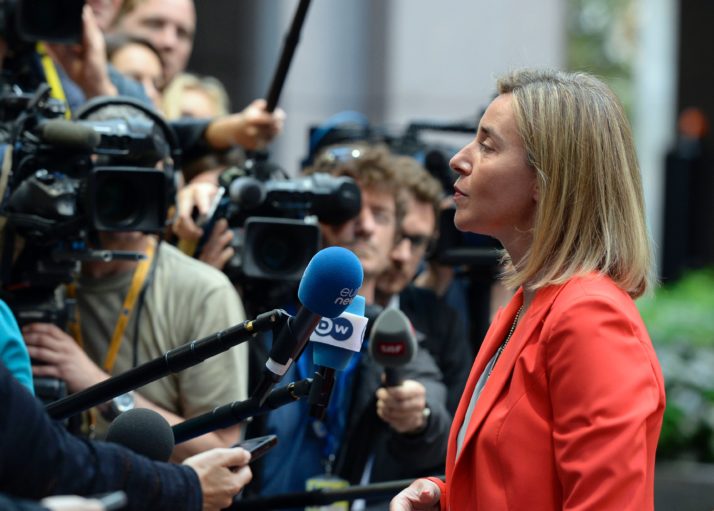 The foreign policy chief for the European Union, Federica Mogherini, said Thursday that Turkey should not be taking away citizens’ human rights in response to the failed coup.

Speaking about Turkey following the Carnegie Endowment for International Peace, she said:

We are making it very clear to our Turkish friends—we are fully behind the institutions, the democratic institutions, the legitimate institutions. But there is no excuse, there is no way in which the reaction can undermine fundamental freedoms and rights.
…
What we’re seeing especially in the fields of universities, media, the judiciary, is unacceptable.

In the aftermath of the failed coup, thousands have been jailed, academics have been banned from leaving the country and many more crackdowns.

A statement was also released, emphasizing that the EU is monitoring the situation closely.

Turkey is not yet a member of the EU, but it is a candidate, though the progress is moving slowly.