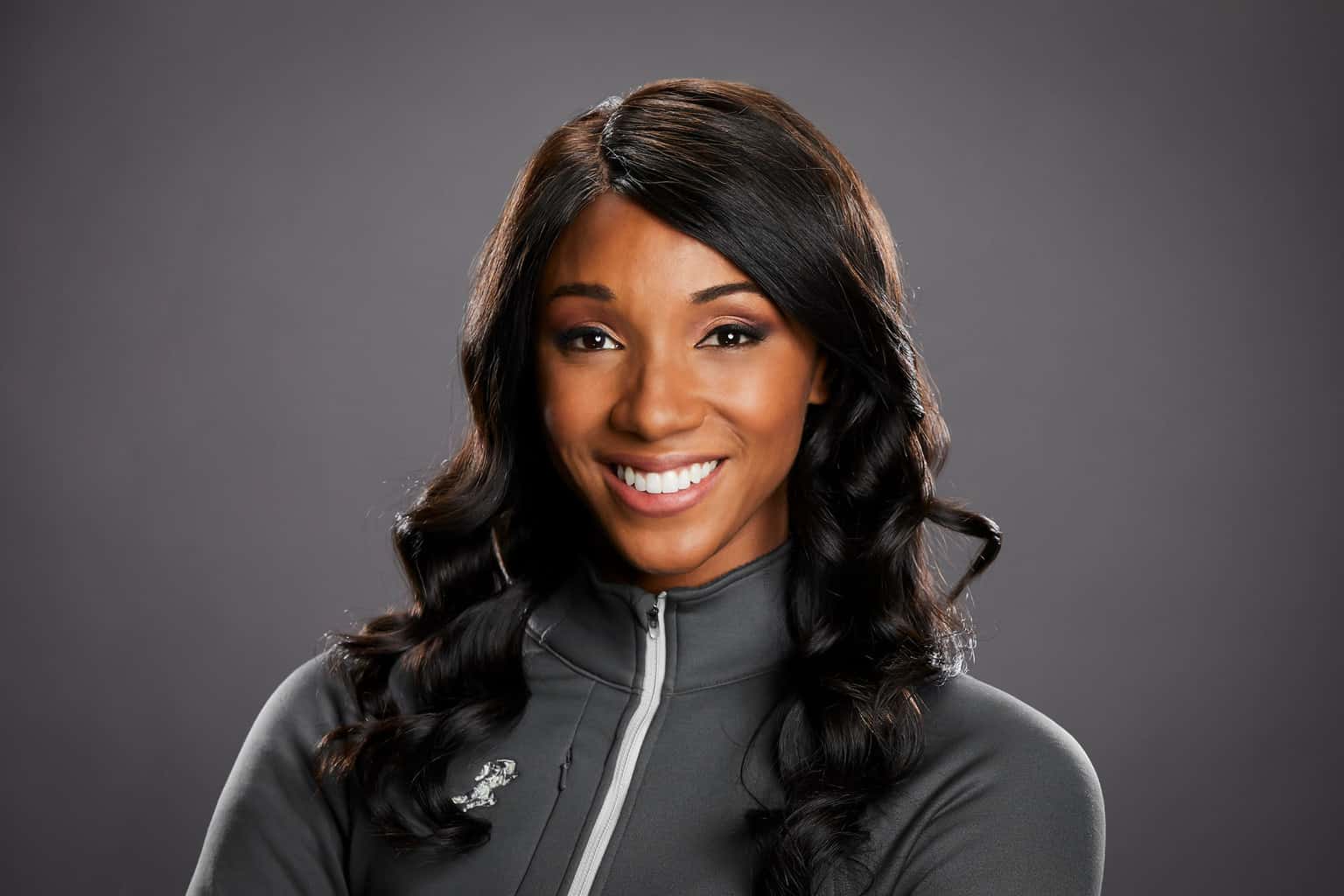 Taylor was a star college athlete herself, and we spoke with her about how faith encountered her sports career, why spiritual conversations seem to be some prominent in sports today and how she fights for diversity her industry.

How has faith played a role in your athletic and sports media careers?

My faith is everything. It’s the bedrock, the foundation and the core of who I am. So any time I have to make a decision, or a time when I’m discouraged, that’s when I’m turning to faith and realizing that, honestly, everything that has happened to me or that is going to happen to me is not necessarily in my control. It’s in the control of my God.

Faith has ultimately given me the type of perspective I need in an industry like this, or really just in life in general. It keeps you from getting down too far and not being able to battle back, and it keeps you humble and grounded. You’re not bigger than a cause or greater than anybody else.

At the end of the day, we should all be trying to spread love and positivity, and that’s what faith continues to do for me. It keeps me balanced.

It seems one of the cool things about your job is being able to talk to athletes and coaches. Do you think the sports world is becoming more comfortable having conversations about faith?

It seems like faith and sports is kind of having a moment. What’s it been like having those conversations with athletes and coaches, or even colleagues?

If there was a point in the past where an athlete said, ‘The first person I want to thank is God,’ you would freak out and be like: Ugh, that’s not a real answer; I gotta keep going back at him. Now, it’s like: No, that is real.

With college student athletes, they [often] have a chaplain they talk to all the time. I was just at [the University of North Carolina] for senior night, and all three of the seniors mentioned a coach or a guy who played an instrumental role in their faith and bringing them closer to God. That was a real conversation they were having. These athletes had tears in their eyes as they talked about it.

You can’t believe how different your life can be until you’ve immersed yourself in faith or given your life up to Christ or decided you have a higher power you want to follow. It’s interesting to hear it’s a conversation now, and it’s great to hear, too. It’s a reminder there are other people out there like you. It’s cool that it’s become more commonplace.

One of the other things you’re passionate about is the Winning Edge Leadership Academy. Tell me a little bit about the vision behind that.

The Winning Edge Leadership Academy is dedicated to helping women and minorities who are student athletes find their way off the field of play—essentially setting them up for success in the sports industry, whether that be in the front office or working as a sports broadcaster or becoming a coach.

What I’ve seen throughout my travels is that 80 percent of the football players on the field are African-American, but when I look at the coaching staff, there might be two or three assistant coaches [who are people of color]. When I look at the athletic administration, I might see one individual who’s the minority, and that’s just not OK. We have to start having a conversation about it and start building protocols and programing that are helping these industries become more diverse.

So, instead of me just complaining about it, being an African-American woman and being disappointed and discouraged by it, I want to be a part of the solution, which is why me and the co-founder Corinne Milien came up with this idea. We would start building retreats and mentorship programs for student athletes.

Our retreats make up three days, but they’re immersive. We bring people from all different types of industries. Kids have gotten jobs out of it. We’ve had kids who have found internships and relationships they will be able to utilize once they’re done playing their sport. It’s about developing the student athlete as a whole.

Even when I’m on College Game Day, I have a student shadow me. Sometimes when I’m at a football game on the sidelines, I have a student shadow me. I think it’s important these athletes see what they could potentially be doing. And it’s not just my job. It’s meeting the producer. It’s knowing there’s an audio guy who is setting everything up and traveling every week with me and the team. It’s about exposure.

If you’re a first-year college graduate or the first one to graduate from college in your family, you might not know what’s out there for you. We created this program that allows student athletes, minorities and women to see what is possible and believe they can accomplish it.

Do you think there needs to be more done on an institutional level to give women and minorities opportunities in sports and business?

Absolutely. The first thing is recognizing it needs to be better. Once that becomes a consistent conversation, we can get to the root of the problem.

A lot of the time, when I’m speaking to corporations and businesses, [I hear]: ‘We just can’t find the candidates. Of course we would like to hire diverse candidates, but we can’t find qualified candidates.’ Alright, well, let’s find a way to grow that talent pool, or let’s create entrance programs that allow you to have a diverse candidate. Or, let’s talk about retention. Just because you add one minority doesn’t mean they’re going to feel comfortable in the situation or your organization is going to be ready for having that one minority.

There’s something that can be done at all levels to improve diversity in sports.

I want to ask you about Million Dollar Mile. Out of the three co-hosts and LeBron, who would win a race?

Oh, definitely LeBron. I’ve seen his workout regimen and the way he takes care of his body. I’m just going to go all the way Team LeBron. Then Tebow, then me, then Matt ‘Money’ Smith, obviously. We’d all be on the podium, and Matt would be clapping on the side.