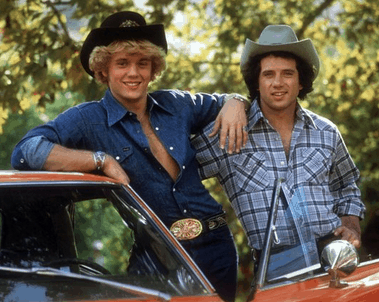 The cable network TV Land has pulled reruns of the show Dukes of Hazzard from its schedule following an ongoing national debate over the Confederate flag. The symbol is featured prominently on the Dodge Charger known as the “General Lee” driven by the duo on the show. Use of the Confederate flag—on public grounds, in pop culture and as a piece of merchandise at stores—has come under scrutiny following the murder of nine people at a historic black church by a racist gunman in South Carolina—a state that still flies the Confederate flag on their State House grounds. Several stores, including Target, Amazon, Sears and Walmart, have stopped selling the flag in their stores. Alleged church shooter Dylann Roof was a white supremacist who posted pictures of himself posing with the flag online.