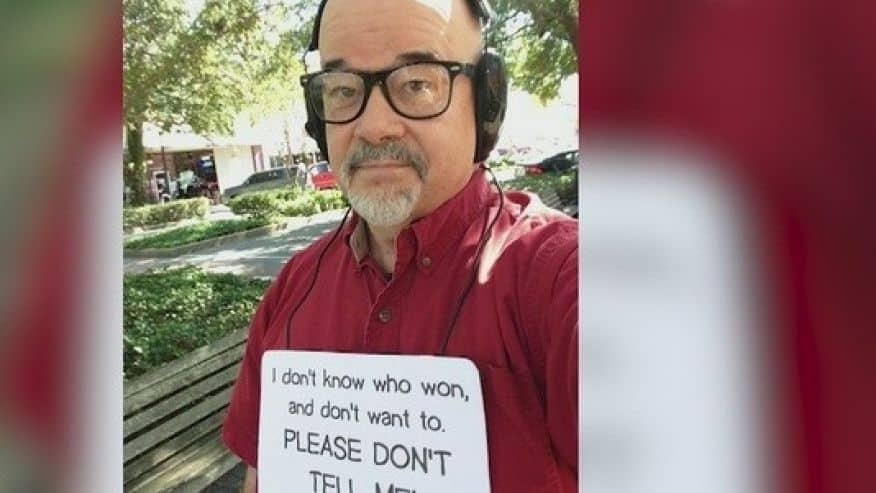 By now, many people have begun to settle into the idea of President-elect Trump. Except for a Georgia man who still willfully doesn’t know who won yet.

Joe Chandler went to bed on Nov. 8 before the results were revealed. He said he planned to find out on Wednesday morning, but really just liked the peace he had that morning without knowing and decided to hold off until that afternoon. That time turned into more than a week.

“Having subtracted myself from this political fracas and all of the mayhem of the digital media, I kind of found the center of the cyclone, it is very peaceful in my bubble of ignorance,” Chandler told Fox 5 Atlanta.

Chandler works from home and has skillfully avoided the media and the conversations around the results.

He told reporters that when he goes out, which is rare, he wears headphones and a sign that reads “I don’t know who won and don’t want to. Please don’t tell me.”

His daughter keeps him abreast of some things, including the anti-Trump protests that sprang up, but managed to not let him know which side was protesting.

When asked about the candidates, Chandler said his decision wasn’t a protest of Clinton or Trump, but he may be ready to come out of his bubble next week.

“Not a big fan of either, but I did have a huge preference of the regime that I was hoping we would avoid,” said Chandler.

Kanye West: ‘I Would Have Voted on Trump’

Can We Really Have Hope Without Suffering?