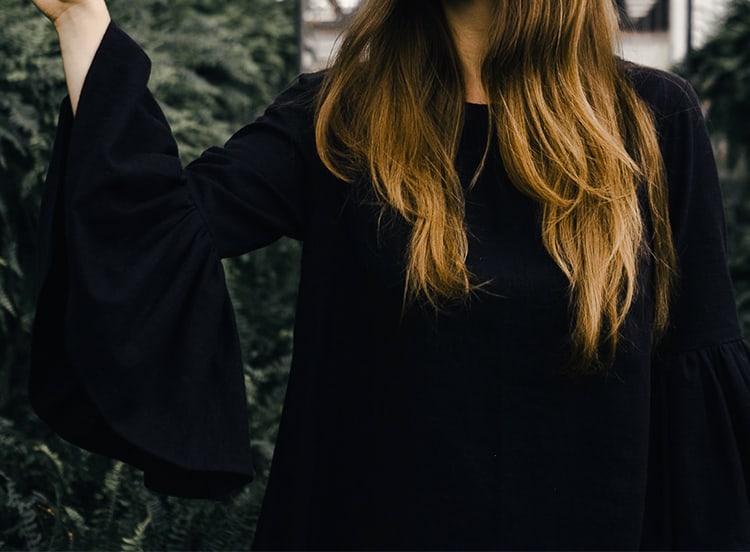 With so many causes in the world, it can be hard to feel like you’re positively affecting the lives of the world’s most vulnerable people. But Blythe Hill, the founder and CEO of Dressember Foundation, is proof that pairing your passions with the organizations and causes that you’re passionate about can be a great way to change the world.

We talked with Hill about Dressember’s origins and goals and how people can get involved.

So what is Dressember and how did it get started?

Dressember Foundation is a nonprofit international anti-trafficking organization. And we have a campaign each year where we invite people to take on the style challenge of wearing a dress or a tie every day during the month of December as a way to raise awareness and funding of the anti-trafficking program. In the last four years, we’ve raised over $3 million.

We’re a grant-making organization, so we make large grants to our grant partners, which are currently  International Justice Mission, A-21 and McMahon/Ryan Child Advocacy Center, which is our first domestic partner in Syracuse, New York.

How did the idea of the style challenge come about?

And I did it. I wore a dress every day for a month. And it wasn’t something that I was ever planning on doing again, but the next year a bunch of my girl friends wanted to join in, so I did it again. And then the next year, some of their girl friends wanted to join in. And there were people who I didn’t even know joining in or wanting to join in, so that’s when I kind of started dreaming about what more it could become. And started dreaming about adding that cause layer and a heart to it.

How did human trafficking become the cause for Dressember?

So it’s super easy to participate and anyone can. Step one is to commit to the style challenge. Then create a free campaign page on our website, dressember.org. And you can make a goal based off the impact you want to have. You can participate as an individual or be on a team. And then you tell everyone in your life, “This is what I’m doing and why I care about it, if you feel compelled, help me hit my goal.” And often, because people care about you or the issue or both, they’ll make a donation.

When I saw Dressember, I only saw women participate. But I’m now seeing a lot of guys participating with ties and bowties.

This was our biggest year for men! Well, two years ago was the first time I noticed a guy use the hashtag. And he said, “I love this movement and I want to be a part of it, so I’m going to wear a tie every day.” So we reposted it, and we had a few more guys participate last year. So this year we said that we need to make this an official part of our messaging. This is a huge complex issue. It’s not a women’s issue. It is an everyone issue and we want everyone to be a part of this.

So while it did start with women primarily wearing dresses, it is not exclusive at this point at all. Like, you can wear a dress or a tie, and I love seeing men join in. Right now, our top advocate, who has raised over $6,000 already, is a guy.

We’re halfway through December, is it too late to join?

No, it’s absolutely not too late to join. People sometimes join in the last two days of December or some people even join in January because the campaign doesn’t end until the end of January, just to continue spreading awareness and raising money for the cause.

I love seeing people join in. Because sometimes you don’t hear about it until it’s a few weeks into December, and you shouldn’t have to wait a full year to be a part of the magic while it’s happening.