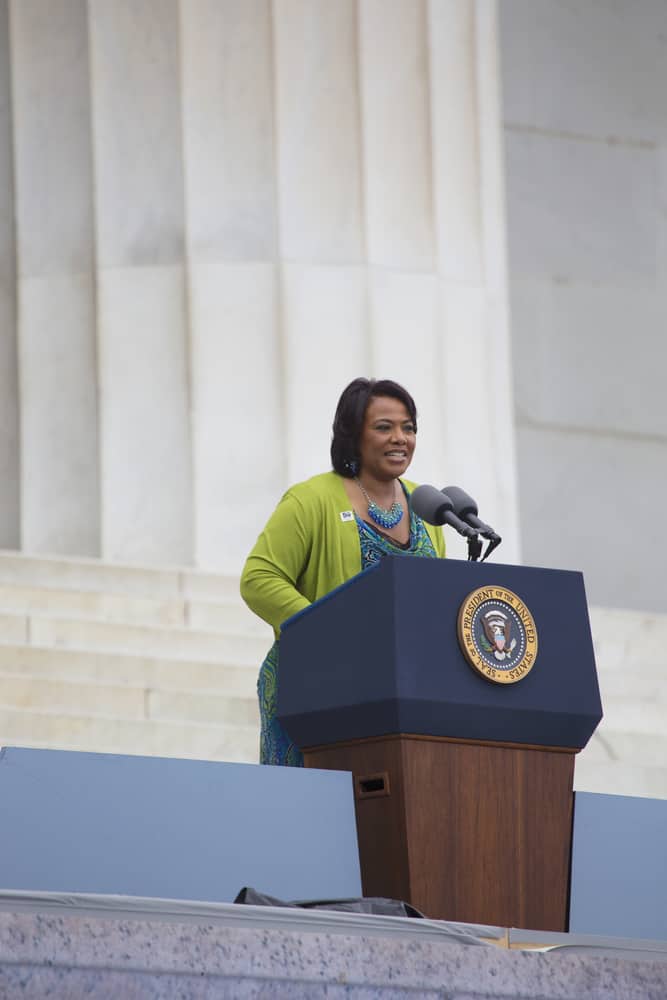 On Tuesday, Dr. Bernice King delivered a stirring sermon from the same pulpit that her father, Dr. Martin Luther King Jr., delivered his final sermon 50 years ago. Her father would be assassinated the following day at the Lorraine Motel on April 4, 1968.

During her talk, she revealed that her father’s final sermon was titled “America May Go to Hell.” She took up her father’s mantle to deliver her own message that elaborated on her father’s main idea.

“If you would permit me, I think as I look at the landscape of our world today, America may still go to hell,” Bernice King warned. “So 50 years later, I’m here to declare and decree not only must America be born again but it’s time for America to repent.

She said America has fumbled its responsibility to deal with the three evils her father warned about: racism, poverty and militarism.

She added that militarism “has robbed us of the necessary resources to address the social injustices and the social ills and the social discrepancies in our nation,” noting that her father said countries who spend more money on military than social advancement are “rapidly approaching a spiritual death.”

Although the talk was a scathing critique of some of America’s social practices, Bernice King also offered some hope. She said, “We will get to the Promised Land, but each one of us has to make an individual decision to repent of our ways, repent for being drawn into the divisive discourse in this nation.”