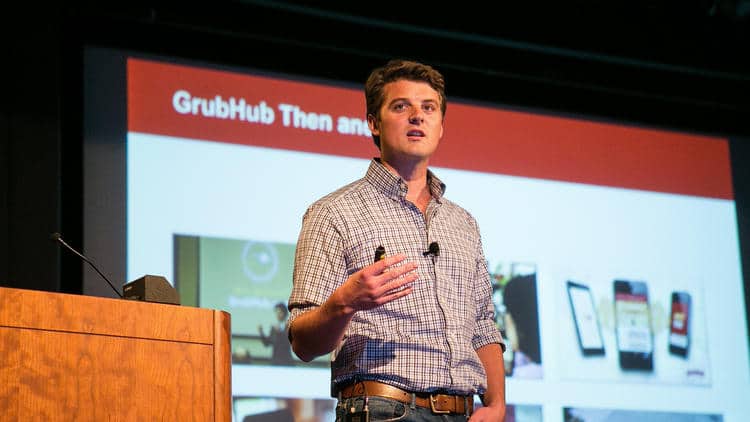 GrubHub’s Matt Maloney just started a controversy surrounding freedom of speech. On Wednesday, the CEO reportedly sent an email to his employees telling them that, in light of the election results, if they weren’t invested in inclusiveness within the company, they should resign.

The company is headquartered in Chicago and has about 1,400 employees, according to the Chicago Tribune.

The email was headlined “So… that happened… what’s next?” and was about 300 words long. In part, the email said:

While demeaning, insulting and ridiculing minorities, immigrants and the physically/mentally disabled worked for Mr. Trump, I want to be clear that this behavior – and these views, have no place at Grubhub. Had he worked here, many of his comments would have resulted in his immediate termination.

Maloney talks about the work GrubHub has done in its history to bring people together, but specifies that anyone who does not agree with the company’s inclusive stance and culture should respond to his email with their resignation.

Further I absolutely reject the nationalist, anti-immigrant and hateful politics of Donald Trump and will work to shield our community from this movement as best as I can. As we all try to understand what this vote means to us, I want to affirm to anyone on our team that is scared or feels personally exposed, that I and everyone else here at Grubhub will fight for your dignity and your right to make a better life for yourself and your family here in the United States.

If you do not agree with this statement then please reply to this email with your resignation because you have no place here. We do not tolerate hateful attitudes on our team.

Maloney ended the email with: “I want to repeat what Hillary said this morning, that the new administration deserves our open minds and a chance to lead, but never stop believing that the fight for what’s right is worth it.”

Shortly after this became public news, the hashtag #BoycottGrubHub began to take steam on Thursday with Trump supporters calling for people to boycott the company.

Yesterday, GrubHub released a statement clarifying the statements that were “misconstrued.”

I want to clarify that I did not ask for anyone to resign if they voted for Trump. I would never make such a demand. To the contrary, the message of the email is that we do not tolerate discriminatory activity or hateful commentary in the workplace, and that we will stand up for our employees.
Grubhub welcomes and accepts employees with all political beliefs, no matter who they voted for in this or any election. We do not discriminate on the basis of someone’s principles, or political or other beliefs.

The Tribune reported that GrubHub’s stocks had decreased slightly throughout the day.