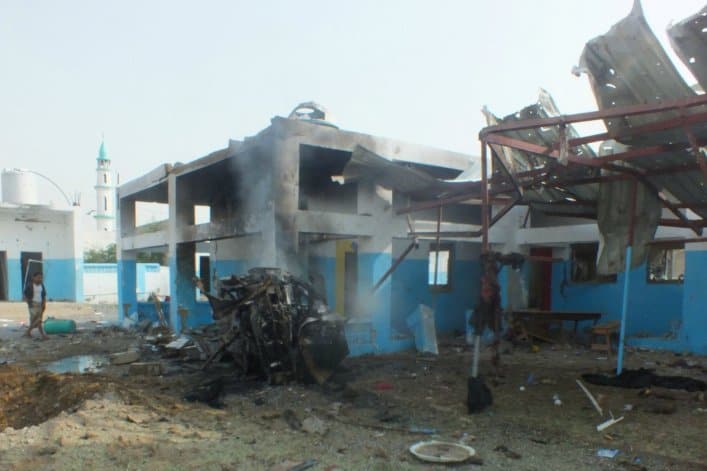 This is not the first time the charity’s facilities have been hit in Yemen. Airstrikes have been happening in Yemen since March 2015 as the internationally-recognized government fights against Shiite rebels who captured the country’s capital in September 2014, according to the Associated Press.

The United States is still gathering information on the airstrikes.

“Strikes on humanitarian facilities including hospitals are particularly concerning,” Elizabeth Trudeau, U.S. State Department spokeswoman, told the AP. “We call on all parties to cease hostilities immediately. Continued military actions only prolong the suffering of the Yemeni people.”