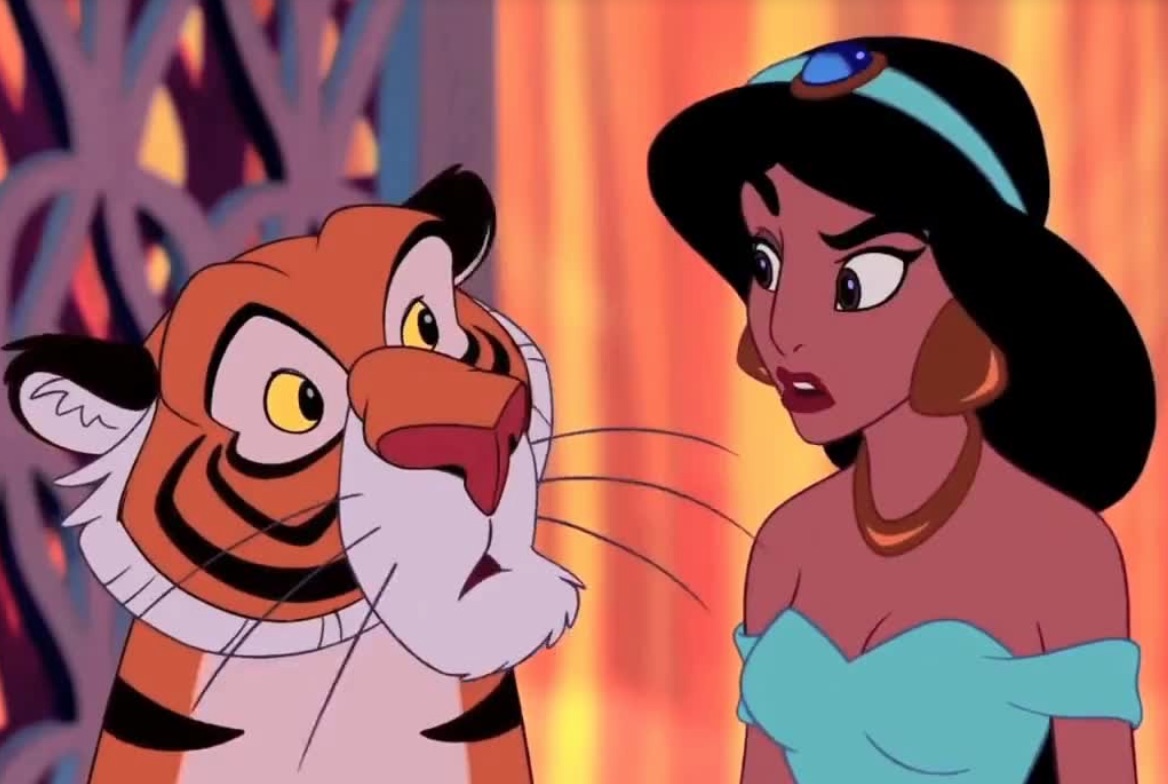 Disney’s live-action Aladdin remake bounces into theaters this weekend, attempting to recapture the magic of flying carpets, chattering monkeys and, most dauntingly, the late Robin Williams, but you might remember another element of that first Aladdin movie which will probably not show up in the remake. In the ’90s, not long after Aladdin dropped on VHS, there was a widespread rumor that a background voice can be heard on Aladdin, encouraging teenagers to “take off their clothes.”

These days, it’s hard to even remember how rumors spread in a mostly pre-internet era, but this one was persistent. Over at Slate, journalist Jeffrey Bloomer traced the rumor back through a long series of aggregation papers to a Christian movie review site called Movie Guide, which published a letter from a listener who said her child had heard the message while watching Aladdin in 1994.

In those days, the Christian subculture was in the throngs of what it called “the culture wars,” in which the American Church was in a standoff against Hollywood, which some leaders claimed was doing everything it could to infiltrate and corrupt the minds of the young and impressionable — think the “Satanic Panic” but with mouse ears instead of devil horns. The idea of a secret message encouraging teen promiscuity fit the narrative very tidily, and the rumor spread like wildfire, even landing in the pages of the Associated Press.

But is there anything to it?

Not according to anyone in the know. Both Snopes and Disney say that the line, which is supposedly audible on Aladdin’s balcony scene, when Raja the tiger is trying to chase Aladdin away from Jasmine, is not “Good teenagers, take off your clothes” but “Scat, kitty. Just take off and go!” Listen for yourself.

“Those were Christian, conservative guys who animated that scene, and we had a director who was pretty straight-laced and wouldn’t have allowed anything like that,” he said. But — and this is a big but — that doesn’t mean that every rumor about a subliminal Disney message is bunk.

While the rumors about, say, an instance of dust motes spelling out “S-E-X” in Lion King or a very, ah, inappropriate priest in The Little Mermaid are hoaxes, a long-known rumor about a split-second of smut sneaked into The Rescuers is actually legit.

So, Aladdin may not be quite the cave of salacious wonders as the conservative subculture in the ’90s gossiped, but that doesn’t mean Disney’s hands are totally clean.

The ’90s CCM Supergroup You Knew Was Coming Is Finally Here