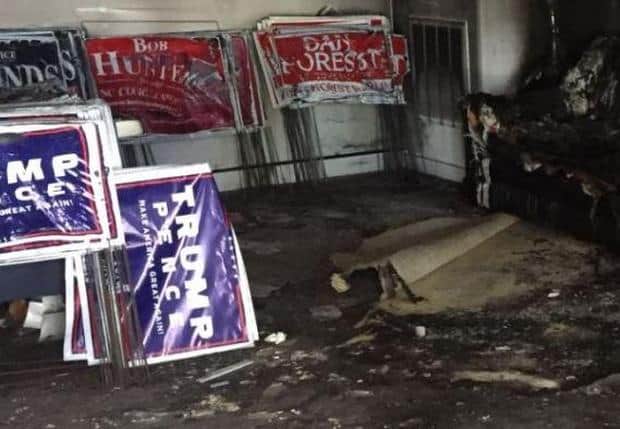 In a GoFundMe started by a Democrat, more than $13,000 have been raised to help reopen the GOP headquarters in North Carolina after being firebombed late Saturday night.

Reports are saying a container of flammable liquid was hurled through the window of the Republican office. The property was also vandalized with the phrase “Nazi Republicans leave town or else” spray painted across the front of the building.

Democrat and senior researcher for the Harvard Berkman Center, David Weinberger, responded Sunday morning after the incident by tweeting that he had set up a GoFundMe page to help rebuild the GOP office.

Weinberger originally aimed to raise $10,000 for the reconstruction, but as of this morning, the goal was surpassed by a little more than $3,000 and then the campaign was closed.

Today’s Devotional: Leave It to a Funeral

Camaraderie hasn’t largely been a theme in this year’s election, so it’s nice to see some acts of kindness and partisanship in spite of this horrific event.

A War Offensive Against ISIS Is Being Streamed on Facebook