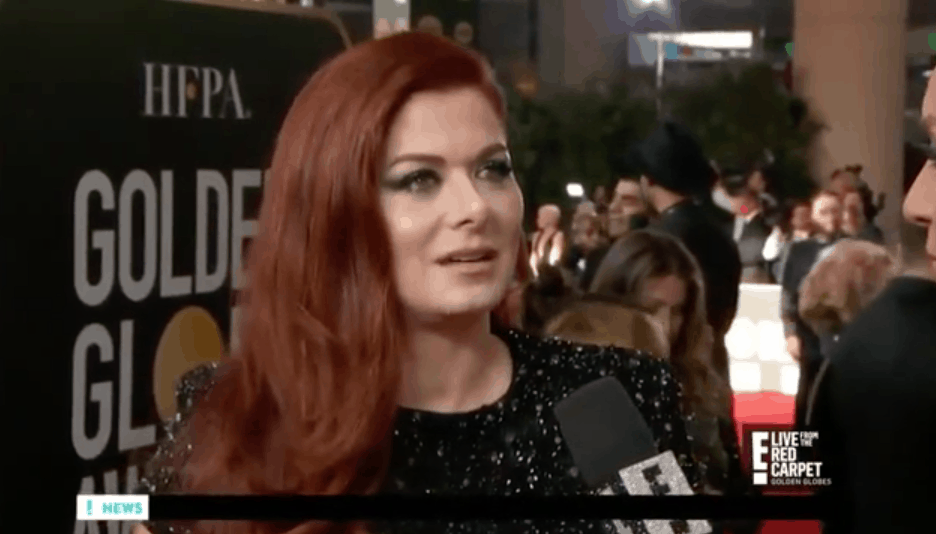 Actress Debra Messing was being interviewed on the red carpet by E!’s Giuliana Rancic before the Golden Globes, and took the opportunity to call out the network.

Last month, anchor Catt Sadler left the network after she said she found “a massive disparity in pay between [her] similarly situated male co-host and [herself].” She explained, “When E reached out to renew and extend my deal, I learned that he wasn’t just making a little more than I was. In fact, he was making close to double my salary for the past several years.”

On the Golden Globes red carpet, Messing said, “You know, I was so shocked to hear that E! doesn’t believe in paying their female co-hosts the same as their male co-hosts. I miss Catt Sadler and we stand with her. That’s something that can change tomorrow. We want people to start having this conversation that women are just as valuable as men.”