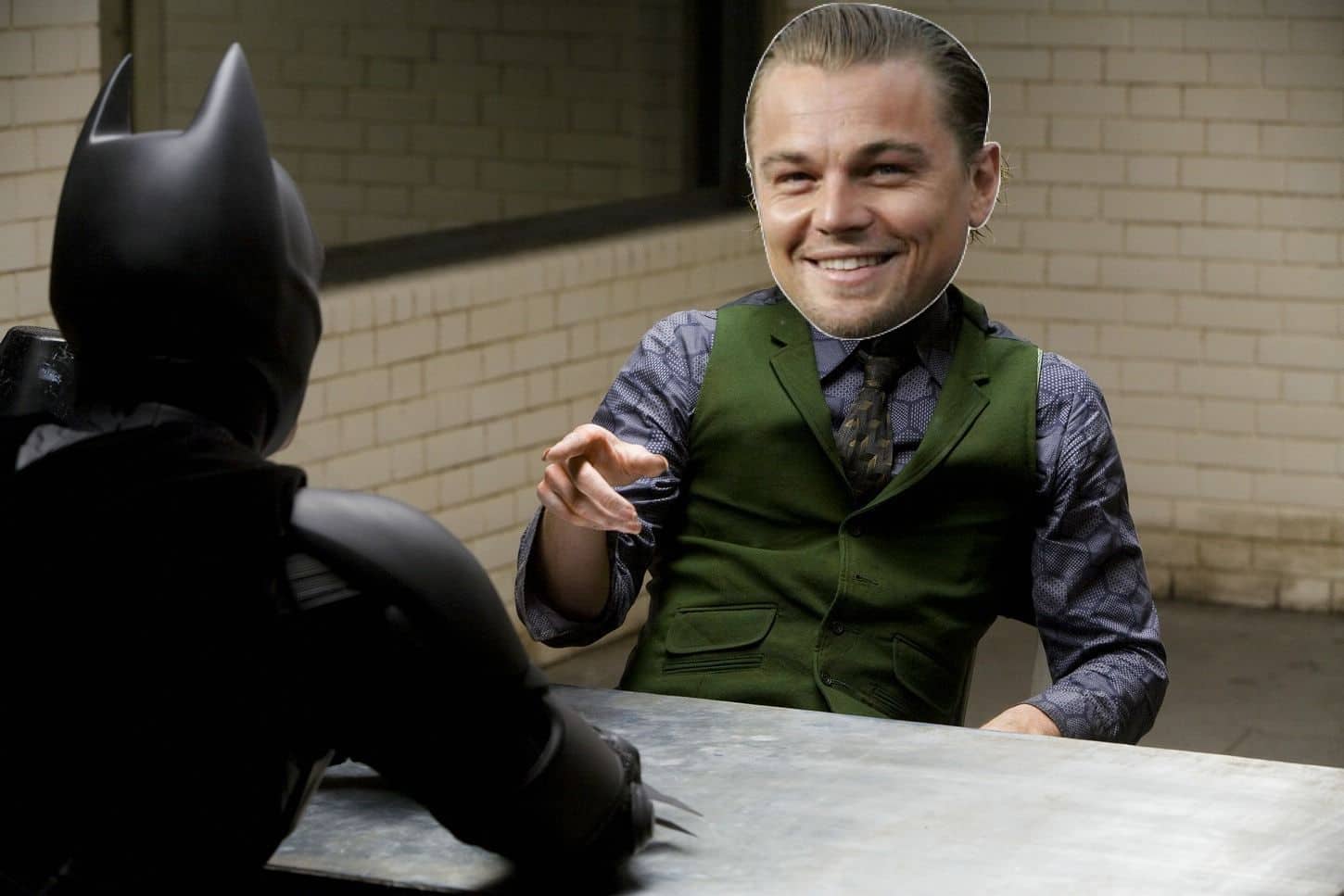 Last week, word leaked that DC is looking to make a Joker origin movie which, sure. If there’s one lesson to be learned from the global success of the bright, heroic, optimistic Wonder Woman, it’s that people are hungry for more stories about psychopathic killer clowns. But it’s all a little confusing because while Jared Leto is playing Joker in DC’s Suicide Squad movie and its upcoming spinoffs, this new Joker movie will star someone else. And according to the Hollywood Reporter, filmmakers are hoping that someone else is Leonardo DiCaprio.

It’s a long shot, but it explains the production involvement of Martin Scorsese in the movie. Scorsese and DiCaprio are old friends and working buddies, so having Scorsese on board could help lure DiCaprio, who generally stays away from popcorn fare unless he’s really sure it’ll be good (like Inception) or has a close relationship with the filmmaker (like The Great Gatsby.) Insiders say the odds of DiCaprio actually getting on board are slim, but the fact that his name’s even on the table shows how serious DC is about trying to right what’s seen as a pretty wobbly ship right now.

The word is DC is looking to create two kinds of superhero movies. One batch will be the big cinematic universe they’re crafting, similar to Marvel’s Cinematic Universe. The others will be more offbeat, prestige fare completely unconnected to the big universe, in which they’ll try to get big name directors and Oscar-caliber talent. So you have Leto as Joker in the fun, DC superhero universe movie, and you get DiCaprio as Joker for the darker, more grownup movie.

Whatever you think of that plan, you can’t say DC isn’t throwing absolutely every idea at the wall to see what sticks. Will it work or is it too chaotic? Well, in the words of a certain master of chaos, sometimes you just have to “introduce a little anarchy. Upset the established order.”