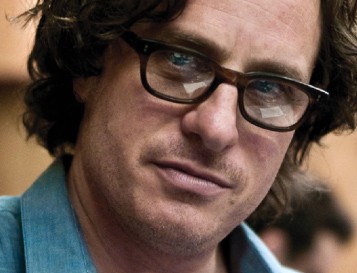 However, the acclaimed documentarian is hoping he can recruit a few (figurative) superheroes to help him save America’s public school systems. After tackling climate change in his Oscar-winning documentary, An Inconvenient Truth, Guggenheim has turned his sights on what he believes to be America’s most fundamental crisis: an eroded and dysfunctional public education. From an inability to fire bad teachers, to schools routinely churning out illiterate students, to too short of school days, Guggenheim’s new documentary, Waiting for Superman, explores various ills inherent in today’s schools. Although it can be overwhelming, he says there is hope. The film and its website (waitingforsuperman.com) offer ways to get involved, including mentoring, writing letters and becoming a teacher. Here, he talks private vs. public, offering hope and why he makes movies that matter.

What was your education like as a child, and how did it affect the movie?
I went to private school. I remember when I was 5, asking my mom why I take the school bus from Washington, D.C., across the Potomac River, 45 minutes into Virginia to go to school. And she said, “Because the schools in Washington, D.C., are broken.” Forty years later they’re still broken.

Why this topic? Why now?
One of the things we talked about in this movie is the sense of time. Every school year, a new generation. Every year, 1.2 million kids dropping out. The sense of failing kids and failing them over time weighed very heavily on us when we told the story.

How has the value and quality of education deteriorated over the years?
My father taught me that in America, if you worked hard and you went to school, you could have a chance. Even if you were born in a different country, didn’t speak the language and your parents were poor and you were born on the wrong side of the tracks—it’s myth, but a myth is something that can also be true, and a lot of great Americans came up through that. That’s not true as much anymore. In fact, it’s eroded for a while.

Who are the villains here?
Basically we said, “If we’re going to fix schools for our kids, we have to be tough on all the adults.” So I start with myself—people who take their kids out of the system and just buy their way through a good education. … There’s a system, the political system where funding goes through all those backwards ways, and then there’s the unions.

Why do you feel like you have to make movies that matter?
I’m driven by making a great movie, but I also want this movie to make a difference, and to make better schools, and to shake people out of their complacency. And if that happens, that’s better than watching the box office for an action movie that anyone else could have directed. It’s what’s so exciting about it, what keeps me up every night— what if I can make a movie that will actually fix this thing or help fix this thing?

Why Do We Love Superheroes?

Why is the Church So Segregated?