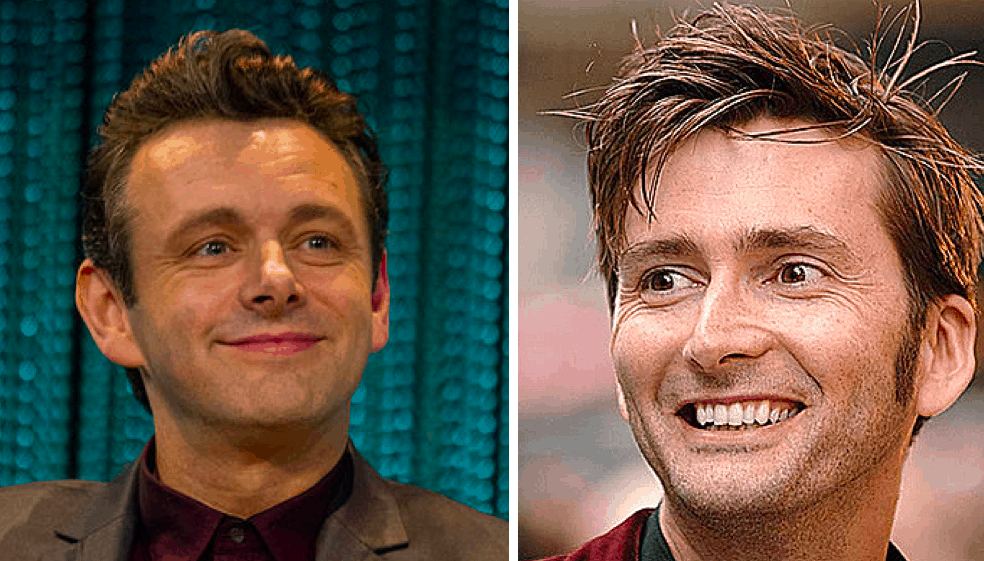 Neil Gaiman and Terry Pratchett’s biblical apocalypse comedy Good Omens is heading to Amazon, where it will be adapted into a televised miniseries. And now, we know who’s gonna make it happen. David Tennant (Doctor Who, Jessica Jones) and Michael Sheen (30 Rock, Masters of Sex) will be co-starring in a movie about an apocalypse gone wrong, and the various supernatural figures who try to get it back on the tracks.

Sheen will play Aziraphale, the angel assigned to guard the gate of Eden after Adam and Eve were kicked out following the sin of the apple. Tennant will play Crowley, a demon who helped possess the snake that tempted Eve. In the ensuing millennia, the two have remained hidden on earth, disguised as normal British men, and have developed a sort of fondness for earth and each other. Good Omens follows their attempts to protect humanity from the Antichrist — for whom things have gone rather awry.

It’s a funny book that, as you might have guessed, plays fast and loose with the prophesies of Daniel and Revelations in the Bible. It was also Gaiman’s first novel (his co-writer, Pratchett, passed away in 2015). Gaiman would go on to fame with books like Sandman and American Gods, many of which exhibited an ongoing fascination with the Divine.

And the Top Three Most Liked Tweets of All Time Are …