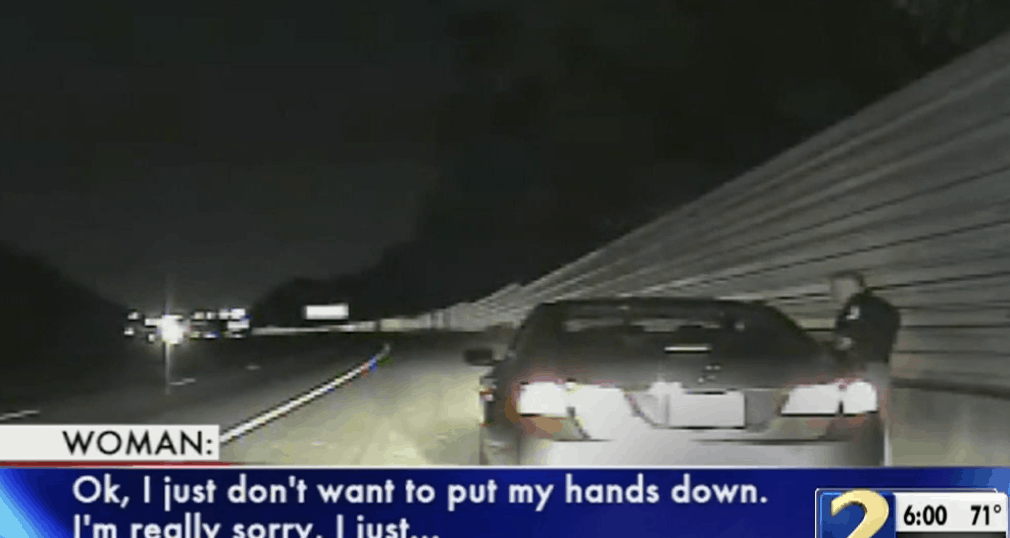 During the DUI traffic stop, the officer tells the female driver to pick up her phone. She tells Lt. Greg Abbott that she doesn’t want to move her hands because she doesn’t want to get shot, referencing videos that have shown other motorists being killed or shot while reaching for their wallets or phones. The officer responds, “But you’re not black. Remember, we only kill black people. We only kill black people, right?”

The officer has been placed on administrative duty while the incident—which took place last year—is being investigated.

In a statement, the officer’s lawyer said he was “attempting to de-escalate a situation involving an uncooperative passenger” and that “his comments were clearly aimed at attempting to gain compliance by using the passenger’s own statements and reasoning to avoid making an arrest.”

Though a recent International Association of Chiefs of Police report gave the department high marks for community approval, it also said it had “a perception of discriminatory and biased policing.”

Should You Be So Emotionally Invested in Football?