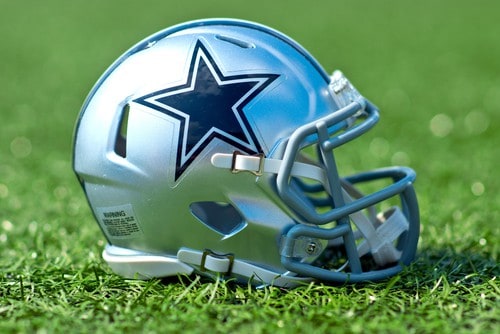 Just days after the NFL announced it would freeze their new policy in regards to players protesting during the national anthem, the Dallas Cowboys have announced they will require their players to stand on the sidelines during the pregame performance.

The NFL’s announced policy required players to stand at attention or wait in the locker room during the playing of the national anthem. It sparked a lot of controversy, and when it was revealed the Miami Dolphins had enacted their own policy to suspend players who protested the anthem, criticism mounted. The NFL said this week they would freeze their new policy in the face of the backlash, but some teams, like the Cowboys, are still taking action against protesters.

Dallas Cowboys owner Jerry Jones said the team’s players will be required to stand on the sidelines for the full anthem this season.

It’s still unclear if the NFL will have a new policy in place before the start of the 2018 season.

The “You’re Killing Me, Smalls!” Guy Walks Among Us, Invisible as the Night

This Tiny Bible That Went to the Moon Could Be Yours for About $50,000