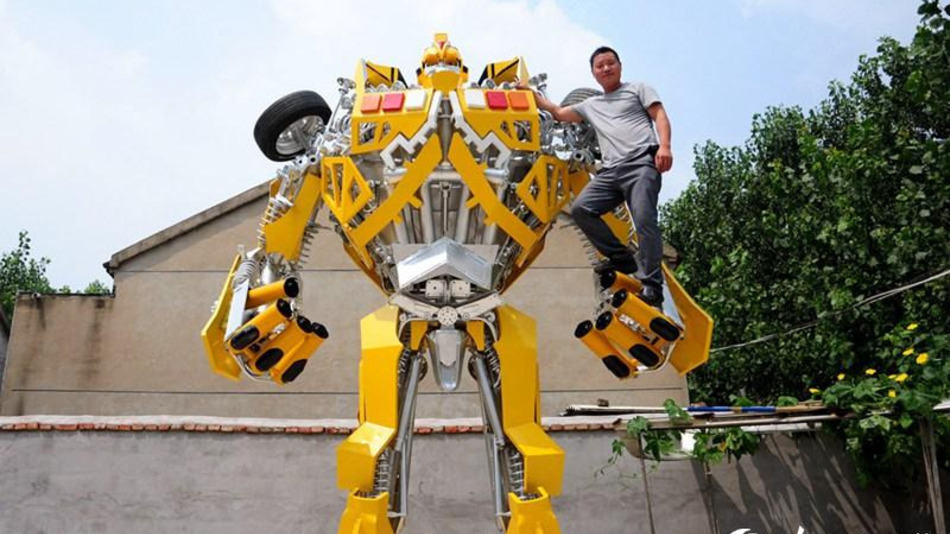 Seriously, A Man on A Segway Ran Over Usain Bolt

After Wang Liansheng of China took his son to see one of the Transformers movies, he bought his son a action figure of one of the car-heroes. As kids do, his son asked for a bigger robot. Liansheng took this request to heart. And after a year of welding and probable Shia LaBeouf-style motivation, he gave his son a life-sized replica of the Bumblebee Transformer made from scrap car parts. The less lively—but more real—Bumblebee stands five meters tall and weighs about three tons.