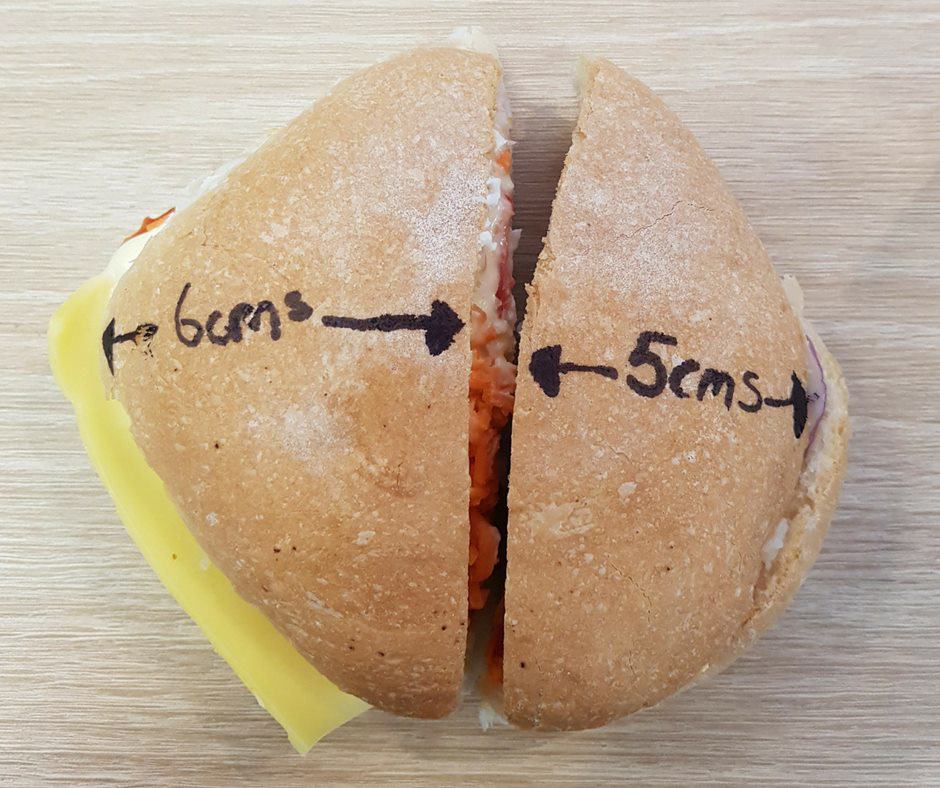 If you’ve worked in food service, you’ve definitely heard some of the strangest requests and complaints, but chances are you haven’t heard this one—at least, not in sincerity.

A customer at Corowa RSL in Australia returned a sandwich because there was a one centimeter difference in her sandwich, which should’ve been cut precisely in half, according to the customer.

The complaint got escalated to the Corowa RSL CEO, Peter Norris, who measured it himself, marked it and realized the customer, who he said was in her 80s, was right. The cafe was 5 millimeters off.

Everyone took the situation pretty lightly, and when they remade the sandwich, they allowed the customer to cut it herself.