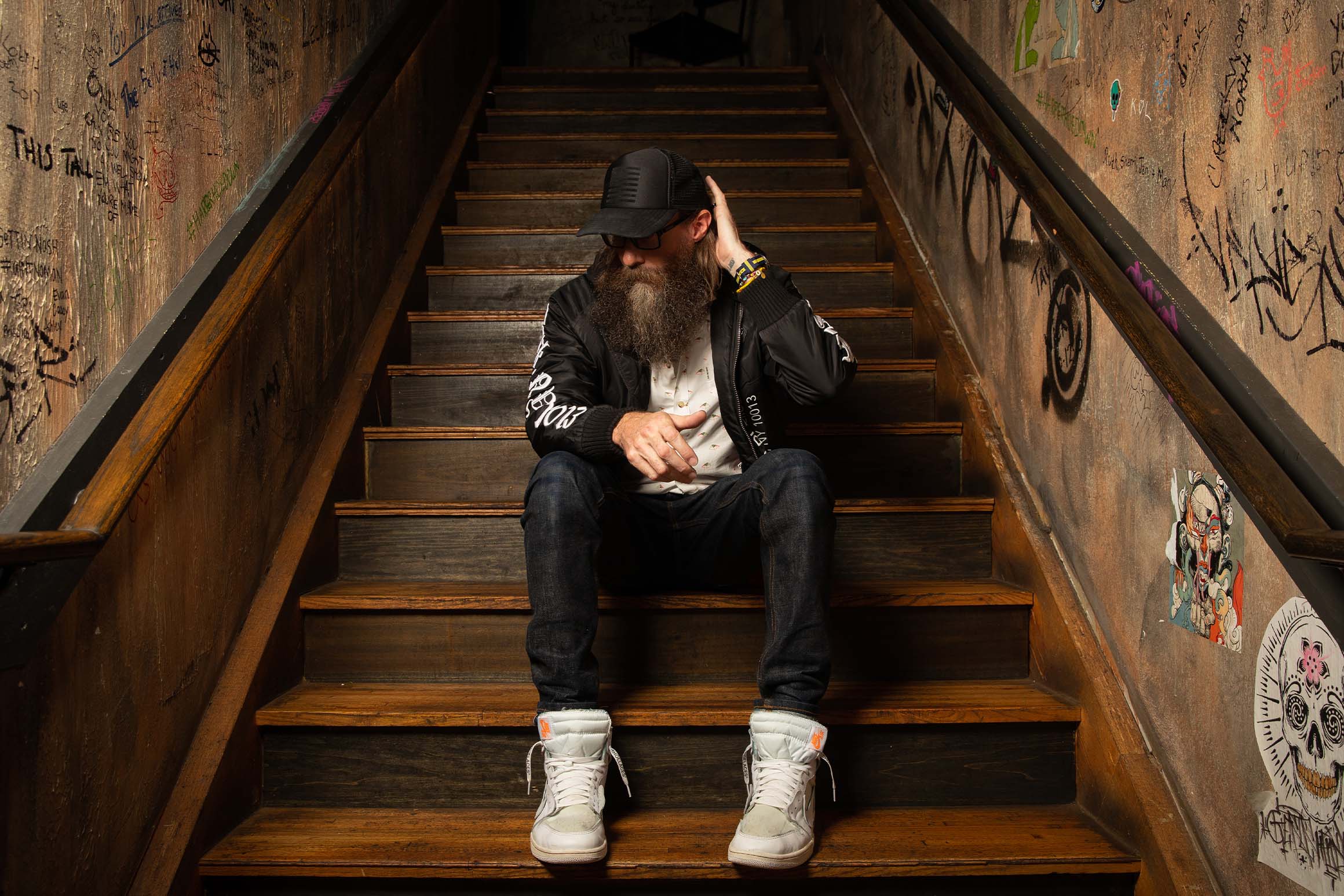 “Let It Rain” may sound bluesy and upbeat, but behind the chill vibe are lyrics about facing life’s struggles and trials. The video for the song channels the soulful feel, filmed at a pool hall with neon lights soaking the band.

We recently spoke with David Crowder about the song, singing about trials and filming a video in such an unexpected location.

I want to talk about the writing of “Let It Rain.” It’s got an upbeat sound, but when you listen to the lyrics, you realize it’s about going through and even welcoming trials.

That’s a reason why Mandisa is on there. I think she’s been so open—and a great model within liturgical music— in the way she’s been open and vulnerable about her struggles and her trials. And I thought, man, if this is going to be one of those things that they roll out for radio, I can’t think of a better person to be alongside of me talking about heavy stuff.

There was a moment when I was with my pastor Louie Giglio—we were out on the road somewhere. It wasn’t a sermon he was giving, it was just something he said in casual conversation with me. We were talking about some pals of ours, and somehow we just think people forget that God is the one that led His children into the wilderness. They get out of bindings and slavery, and then they go straight into the wilderness. There’s Promised Land on the other side, but you gotta go through the wilderness to get there. And that stuck with me for a long time.

That’s what that song is trying to encapsulate. “Don’t panic. Maybe right where you are right now this is where growth is coming.” On a mountain top is not where everything starts to bloom and flourish. It’s when you’re in the valley and the rain is hitting you in the face that your roots start sinking in, so you’ve got something to stand on later. That’s what I’m trying to say with the song.

I feel like I almost got a Psalms vibe from it. Like how David wrote this real, honest, vulnerable stuff.

Totally. There’s one Psalm where it’s, like, the worst song ever! It’s just, “Woe is me. You’re nowhere! The end.” It’s the most depressing song.

So Mandisa singing these words [in “Let It Rain], I’m like, “See where she is now and what she’s come through? I can know that God is faithful because I can see His activity in the people I’m around.”

I think that’s one of the beautiful things about church and being a part of the community. Because life does twist and turn, and when you’ve got people around you that have seen God’s faithfulness in and through—it’s definitely more powerful than a song could be—but I think the songs are helpful for us to collectively remind ourselves about His faithfulness. Psalms says God’s building a monument to His faithfulness, and it’s His people.

I wanted to ask you about the video which is set in a billiards parlor. That’s probably not peoples’ first association with this kind of spiritually themed song. But there’s probably a lot of people that know what it’s like to be at a place like that late at night.

I’ve been in that exact place late in the evening time.

I’m oftentimes way more comfortable around people who are not coming from a church setting, but where [there’s a] need for redemption and the need for being told that you are an amazing human, and you’re going to be OK, and “Hey, there’s this person who made you, who understands everything that you’ve been through and knows you better than you’re letting me know you.” All that stuff is super life-giving in places that aren’t used to hearing that.

There’s not a better spot you could go to. Also, you get to play pool and stuff all day while you’re shooting a video.

When the Bible would talk about Jesus being friends with the sinners and the winebibbers and all this kind of stuff, I picture Jesus hanging out at places like that more than a lot of people picture him doing.

I remember when he hollered at Levi, “Follow me.” And he’s with the tax collectors still and he heads over to his house. And everybody’s like, ‘Oh my gosh! You’re hanging with the sinners!” He’s like, ‘Dang. Alright, let me explain a couple of things to you: The sick need doctors, the healthy don’t.”

Editor’s Note: This interview was edited for length and clarity.