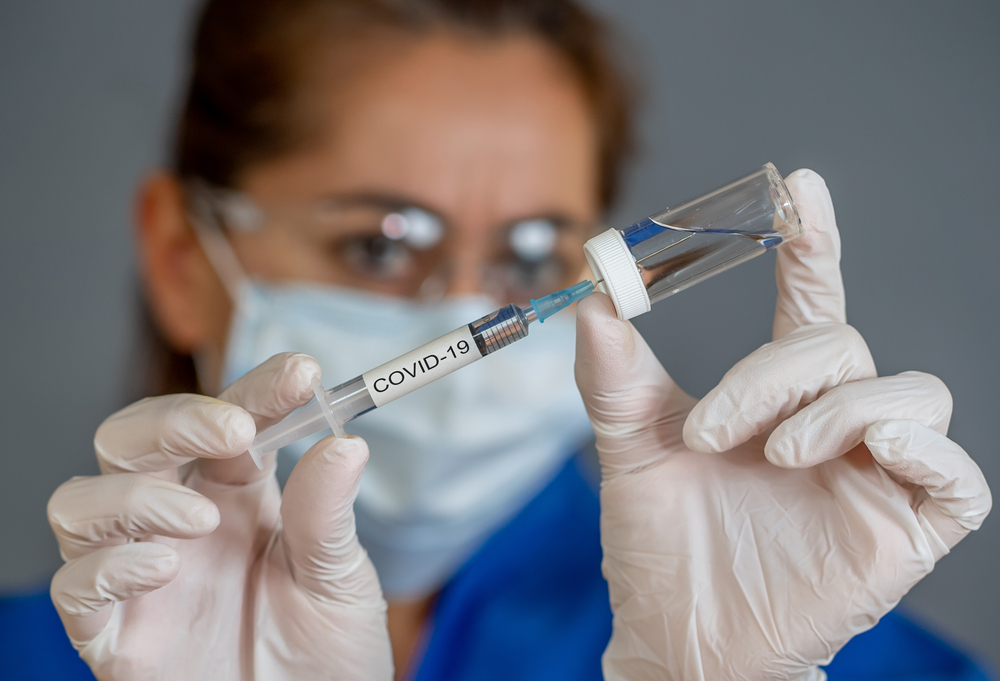 President Donald Trump railed against the official numbers, baselessly claiming that they are being exaggerated. “The number of cases and deaths of the China Virus is far exaggerated in the United States because of @CDCgov’s ridiculous method of determination compared to other countries, many of whom report, purposely, very inaccurately and low,” Trump tweeted. “‘When in doubt, call it Covid.’ Fake News!” But the nation’s top infectious disease expert Dr. Anthony Fauci pushed back on Meet the Press “The numbers are real,” Fauci said. “We have well over 300,000 deaths. We’re averaging 2-3,000 deaths per day. … Those are real numbers, real people and real deaths.”

WATCH: Dr. Fauci says the new mutation of Covid-19 is still vulnerable to distancing and vaccination.

Dr. Fauci: "It does not appear to be more virulent, namely making people sicker or greater incidence of dying. Nor does it seem to elude the protection … of the vaccine." pic.twitter.com/jb5ZY6XeeE

With the U.S.’s attempts to contain the virus stymied by conflicting government messages and mandates, many Americans have pinned their hope on the vaccines that have been approved after an unprecedented scientific push. But although the creation of those vaccines are a marvel of human achievement, the rollout has been haphazard. Around 4.2 million people have been vaccinated so far, which is way, way below the government’s goal of having 20 million people vaccinated by the end of the year.

Some experts are blaming the confusion on the lack of a central vaccination rollout plan, which has left counties and hospitals on their own to coordinate a strategy. “It’s more than a nightmare,” Elisabeth Rosenthal, editor-in-chief of Kaiser Health News told NPR. “It’s a very disorganized kind of slow walk and it really depends where you live and in some places who you know, and that is not how a national vaccine campaign should be carried out.”

Senator Mitt Romney is calling for action, saying “that comprehensive vaccination plans have not been developed at the federal level and sent to the states as models is as incomprehensible as it is inexcusable.”

I have experience organizing a major logistical event but nothing on the scale of what is called for today. Nor do I have any relevant medical or public health experience. But I know that when something isn’t working, you need to acknowledge reality and develop a plan—particularly when hundreds of thousands of lives are at stake.

In the meantime, experts stress the importance of continuing to wear face masks, social distance and keep those hands washed.