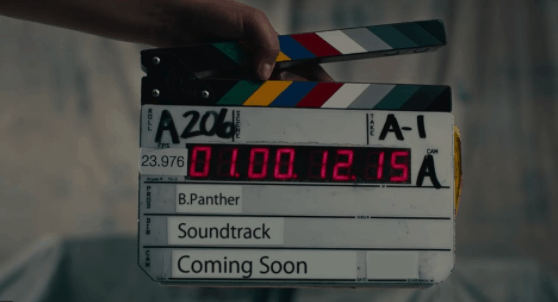 The theories were correct. It was confirmed this morning that Kendrick Lamar produced and curated the Black Panther soundtrack with help from Top Dawg label head Anthony Tiffith. The confirmation came with the release of the album’s first single, “All the Stars,” a collaboration between Kendrick Lamar and SZA (which contains strong language).

Lamar issued a press release saying “Marvel Studios’ Black Panther is amazing, from its cast to its director. The magnitude of this film showcases a great marriage of art and culture. I’m truly honored to contribute my knowledge of producing sound and writing music alongside [director Ryan Coogler] and Marvel’s vision.” The release also says that Coogler reached out to Lamar personally to help with the project.

RELEVANT was onto Lamar’s involvement when our sharp-eyed and Marvel-obsessed contributor Tyler Huckabee spotted an Easter egg in Lamar’s “LOVE.” music video where a director’s slate contained the words, “B. Panther Soundtrack Coming Soon.”

Russell Brand: Unless Christ Is in Your Heart, Then What Is Christ?

How God Is Using My Singleness