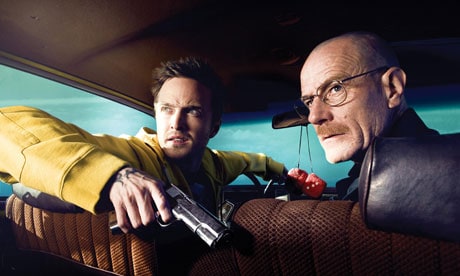 Sources have confirmed to The Hollywood Reporter that the upcoming Breaking Bad movie will stream on Netflix first before airing on AMC. In addition, plot details have been released confirming that the movie will focus on Jesse Pinkman, Walter White’s meth-cooking pupil, meaning Aaron Paul will take up the role again.

Paul locked down three Emmy awards for his initial run as Jesse, but his post-Breaking Bad career has seen him garner plenty of success as well. Paul’s first role after the show was in the racing B-movie Need for Speed, but since, he’s pulled regular roles on Hulu’s The Path, HBO’s Westworld and Netflix’s BoJack Horseman.

For those worried that the new movie will tarnish Vince Gilligan’s initial vision for the Breaking Bad finale, you can rest a little easier with the knowledge that he’s writing this movie and serving as executive producer. Sources also told THR that Gilligan is most likely to direct the movie.

Though the feature is being shot like a movie, there’s still a chance it will be released episodically. There’s no confirmation on if any other classic Breaking Bad characters—Walter White included—will appear in the movie, which is reported to take place after the series finale. Bryan Cranston has said he would love to appear if asked, telling The Dan Patrick Show last year: “I’m excited about it because it’s Breaking Bad and it was the greatest professional period of my life and I can’t wait to see all those people again, even if I just come by to visit.”