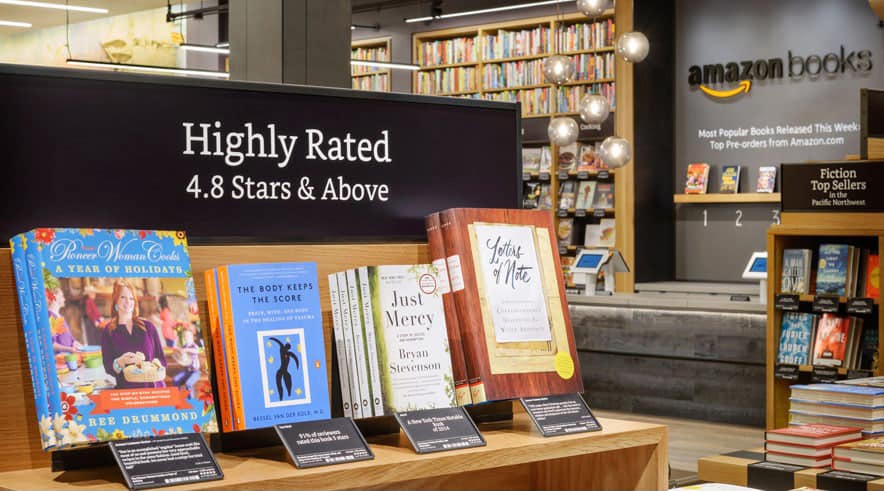 In a ironic turn of events, Amazon.com just opened up an actual, brick-and-mortar bookstore. That’s right: the company credited with closing bookstores around the country is jumping into the void it created. The store, “Amazon Books,” opened its doors earlier this week in Seattle. And even though the store may look like a normal retail space, Amazon is using some smart ideas that could make the physical version of Amazon Books more successful than its predecessors (again). The store shelves between 5,000 and 6,000 titles “based on Amazon.com customer ratings, pre-orders, sales, popularity on Goodreads, and [Amazon] curators’ assessments,” says a vice president for Amazon Books. By doing this, Amazon is aiming to use its own data to avoid stocking titles that won’t sell. The books themselves, for the most part, have received a rating of four stars or higher on the site. And they face forward with a card under each that shows the book’s Amazon.com rating along with a review.

4 Keys to Discovering Your Calling