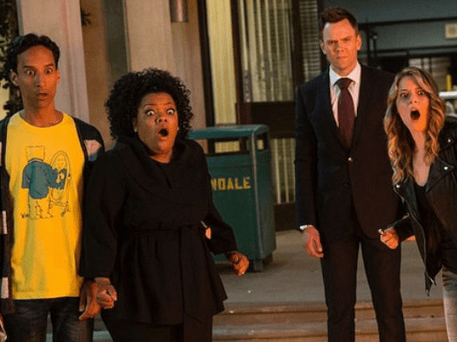 Yesterday, fans found out that their beloved Community was once again being saved from cancelation—this time by Yahoo, who has agreed to air a new season of the sitcom. And, as a Sony Pictures Television executive hinted in a new interview with The Hollywood Reporter, it appears that in addition to the sixth season, a movie could be in the works. The studio’s president of programming and production, Zack Van Amburg, told THR:

There’s no way we’re not making the movie now! I think once we make the movie, let’s look up and decide how much more Community the world wants. We promised six seasons and a movie, how much more do you want?! [Laughs.] … I’d be lying if I told you that we have not had some very early and preliminary conversations that are very exciting about what a potential movie could be and who might direct it. It’s early but it’s completely in our thought process.

How Your Brain Is Wired For God