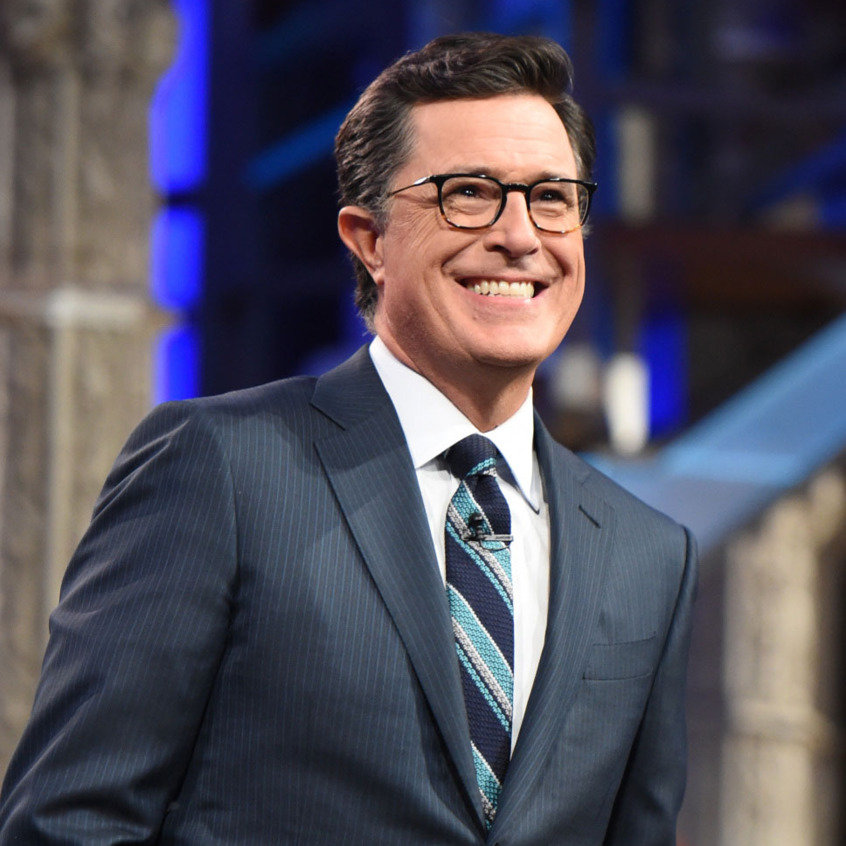 Colbert’s Late Show show has reportedly been slow to reach the audience and praise of The Colbert Report, leading to speculation that The Late Late Show with James Corden will take over Colbert’s slot.

Earlier this week, Colbert explained that he wasn’t concerned about the slow and steady growth for the show’s success because he wasn’t interested in doing things just to go viral.

“I’m waiting for the world to care enough about what I do that we can have a conversation about what I’m doing,” he said.

Corden responded to the rumors last month on Howard Stern’s show. He initially flat out said it was “never gonna happen.” After being pressed further, he said,

I honestly don’t think, ‘I’m a host of a television show and I should do this for 20 years.’ And I do think with those earlier slots, there is a thing in America where people look to those guys for things that they want and need and require from a host at those times when stuff happens and big things happen and all of those things. I do think there’s a different pressure and I don’t know if I want that to be my life. I don’t know if America wants to listen to some British guy when shit happens. I think you look to Jimmy Kimmel and you look to Jimmy Fallon and you look to Stephen Colbert in the way that you looked to Jay Leno and David Letterman.

We have no plans to flip the two shows. It’s really easy for people to pit the shows against each other. But they’re different kinds of shows, they’re different kinds of hosts. One was a known quantity to America, and the other was not. I don’t think it’s fair to compare the two and say, ‘Well, just because one show has this, why doesn’t the other?’

Lysa TerKeurst: Pretending to Be Fine

In an interview with The Hollywood Reporter, Colbert admitted that the rumors and questions can hurt.

“The implication of that question is that the show isn’t good enough in its present position. So of course that makes you feel bad. But it doesn’t jibe with what I know about our show, so you recover,” he said.

The Late Show is also in a prime position now, with two weeks of live shows for the party conventions, and bringing back Jon Stewart earlier this week.