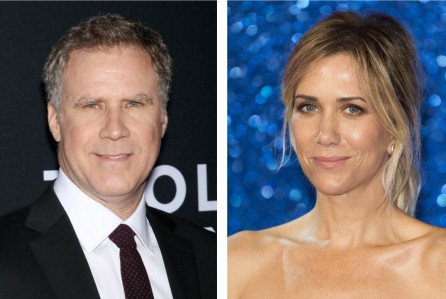 It is a good day when you catch wind of Kristen Wiig and Will Ferrell starring in a musical together.

The comedic duo is teaming up to star in a movie musical based on the book Everything Is Coming Up Profits: The Golden Age of Industrial Musicals.

The book reveals the story of how corporate America used Broadway talent to write and perform material about their products from the 1950s to the 1980s. Apparently, some of these performances had the actors fighting for and ultimately playing the roles of inanimate objects—like diesel engines or bathtubs. And if the idea of Will Ferrell singing a song as a bathtub doesn’t have you completely sold on this project, maybe the production team will win you over.

Marc Platt of the Oscar front-runner La La Land will be producing the film and working alongside screenwriter Steven Levenson. As far as the music goes, the film will have an original score written by Marc Shaiman and Scott Wittman, the duo who brought you a little show called Hairspray. (Ever heard of it?)

Deadline notes that deals are still under negotiation, so no word yet on when we can expect to see the film, but we are jazzed.

Sometimes Your Questions Don’t Need Answers to Change You