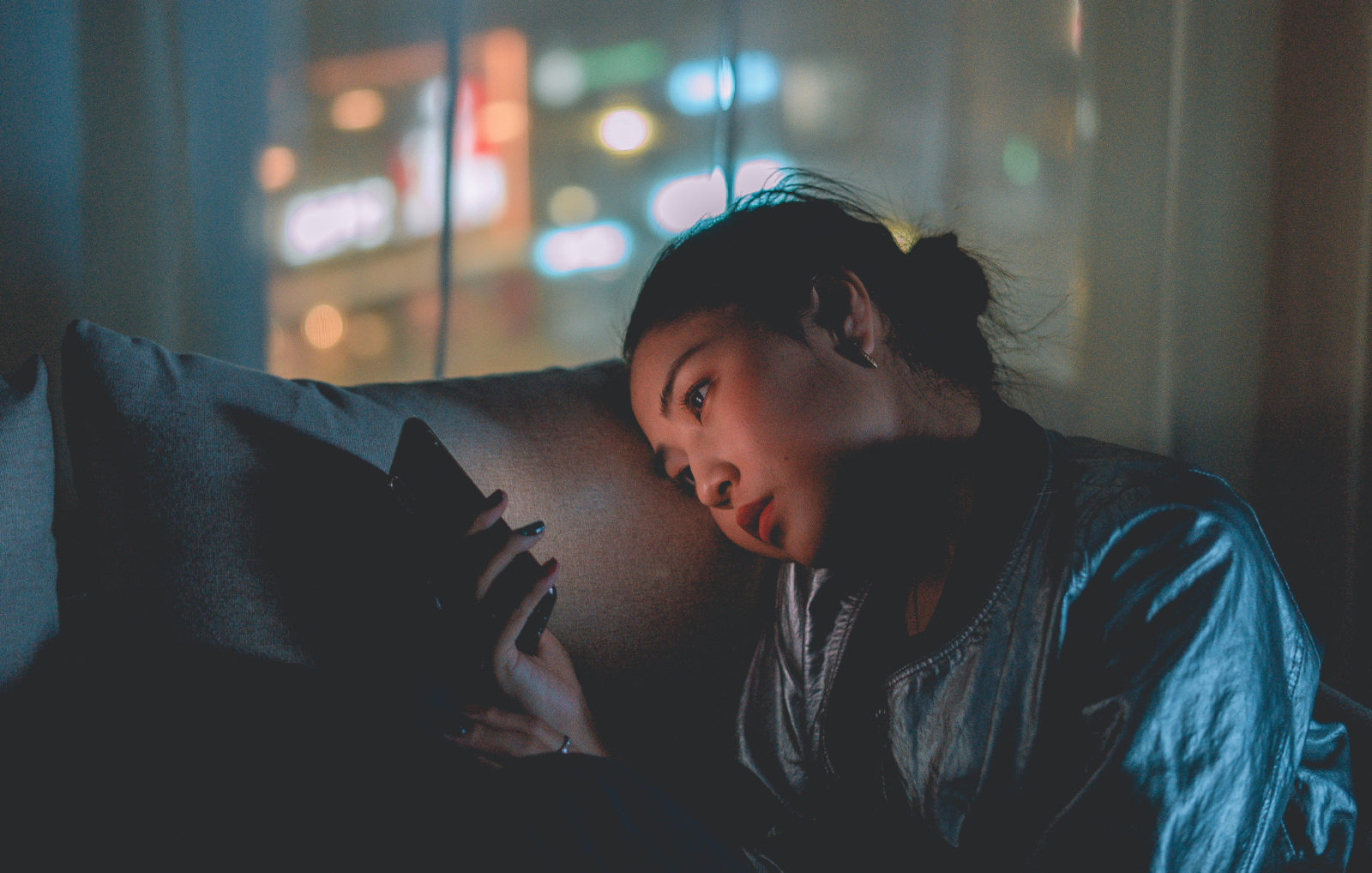 A Whistleblower Is Alleging Mass Hysterectomies of ICE Detainees

What you do and say on social media actually matters. While many Christians carry themselves with kindness and grace at church, once they tap that social media app they transform into some kind of snarling beast.

Christians are called to be Christ’s ambassadors: “Therefore, we are ambassadors for Christ, God making his appeal through us” (2 Corinthians 5:20).

Here are some tips to help us better represent Christ online — by addressing common pitfalls of Christians on social media: image, attitude, discernment, distractions and nastiness.

Christians can easily tap into that and lament the growing immorality and loss of truth around us. But we have to be careful not to be in a constant state of negativity. When Christians are more well known for what they are against than what they are for, we all lose. On your social media accounts, be sure to share truth, beauty, and goodness.

2) Don’t get caught in every outrage wave

Every day the world is up in arms about something. We debate new laws, point fingers in the aftermath of tragedy and feel the need to defend or attack every presidential tweet. I know so many college and seminary educated Christians whose Twitter feeds amount to nothing more than their commentary on current hot topics.

Certainly, some battles are worth fighting, but in reality, most people don’t care about any of these controversies after a few months have passed. Christians would be better off representing their savior with dignity and charity than having a meltdown over whatever the headlines were that day.

3) Don’t be too partisan

Politics are important, but they are not the most important. Politics can become a serious distraction from the Gospel and the Great Commission.

Over the years I’ve spoken to many unbelievers who equated Christian beliefs with their parents’ political views. Their family was more outspoken about their political beliefs than their religious beliefs, and it’s no wonder the kids picked up that the politics mattered more than the truth of God’s word.

What a shame! Let me ask you a question. If someone were to scan through your social media accounts, what would they think mattered more to you, your faith or your political party?

There’s a balance to be held for sure, but I think it’s safe to say that too many Christians seem to give too much weight to politics.

There’s no doubt about it, memes are huge in our culture. But a lot of memes feature double entendre, risqué pictures and generally crude joking.

Glorifying self is the oldest sin the book. Adam & Eve fell to the serpent’s lies desiring to elevate themselves and be “like God,” and the same serpent is quietly hissing in our ears today. Avoid the temptation to use social media as an avenue to make yourself look great.

We all know it sounds tacky to brag right? So what do we do? We humble-brag!

Here are some examples: We cover up bragging with self-deprecation. (“So sore from working out at the gym for 2 hours every day before work. I’m just so out of shape!”) We use others to make ourselves look good. (“I was so encouraged eating dinner with Chris Tomlin last night. So honored to have a good friend like him who remembers nobodies like me!”) Or, we just straight up use the word “humble”. (“I’m so humbled that my latest YouTube video went viral! #humbled #blessed”)

At the end of the day, humblebrags serve to say, “Look at me! I’m amazing AND I’m humble!”

Instead of humblebragging, just celebrate! “I got my dream job!” “Thankful for my new car!”

I’m a young person in ministry, and I know a lot of other young people in ministry.

One thing most of us have in common is that we don’t have a lot of money. I commonly see young Christians share things online like, “Our budget has been tight lately but we’re so thankful to have a loving family and a roof over our heads.”

While that is a good sentiment, why are we really posting those thoughts for all of social media land to see? We might as well translate that post to say “Look how spiritual we are because we are thankful even though we aren’t rich!”

Showing off your virtues online looks an awful lot like the hypocrites Jesus condemns in Matthew 6:5: “And when you pray, you must not be like the hypocrites. For they love to stand and pray in the synagogues and at the street corners, that they may be seen by others. Truly, I say to you, they have received their reward.”

Honestly, I get sick of seeing people post about their social media fasts. There seems to be this obligation for Christians to announce, “I’m been spending too much time on social media lately, and I’m going to take some time off to spend more time with God. If you need to contact me, you can contact me by email or text.”

First of all, no one is really that concerned others might need to contact them. But more importantly, Jesus specifically said not to announce your fasting!

I 100% believe that it is good to fast from social media for a season, but here’s a simple fact: You don’t need to tell the world when you do. More often than not, this amounts to bragging and extolling your own goodness.

When my wife and I were dating, we would often talk via Skype or Facetime. Back then I was a total and complete slob, but I didn’t want her to see my messiness in the background of our video chat. So what did I do?

I would push any mess to be just out of sight! That same urge I felt to look put together is felt by Christians all the time on social media.

We’ll share the photo of our family smiling perfectly, but we wouldn’t want the world to know that in order to get the picture we yelled at our kids to behave and bribed them with ice cream.

We see people share pictures of their perfect families, perfect homes and perfect lives all over the place so we feel the need to share our little snapshots of “perfect” as well.

But it’s all a sham. Have the courage to be real. Share the photos of crying kids. Laugh at your own cooking fail. While you might not look perfect, you will be honest. And as an ambassador for truth, being trustworthy is more valuable than being attractive.

There are dangers on two sides here. The first is from false teachers.

I’ve seen many Christians quick to protect false teachers and prosperity gospel preachers against unbelievers because the false teacher claims to be a Christian. Be wary because that “pastor” you are defending might be a wolf in sheep’s clothing.

The other side actually comes from seemingly conservative Christian bloggers and news sources. They will travail the moral failings of our world, but teach legalism without grace. These teachers are dangerous because many of their values might align with ours, but just like there were Pharisees in Jesus’ day, there are plenty of moral people today who don’t understand the gospel.

There are a lot of inspirational quotes out there that actually contradict scripture.

There’s this one famous quote often shared by Christians that says, “I can’t believe God would want me to deny myself.”

But the Bible actually says the opposite. “Then Jesus told his disciples, “If anyone would come after me, let him deny himself and take up his cross and follow me” (Matthew 16:24).

Before you share that encouraging “Christian” quote, check to see if it lines up with what the Bible says.

12) Don’t give in to “Christian” peer pressure

This is nothing more than grade-school manipulation so people can get more likes on their posts.

I’m just going to say it, Christians can be downright rude, mean, and nasty on social media.

Now, when we read the Gospels, we see Christ using severe language with some people, but note He is only harsh with the self-righteous. With the lost, the prostitutes, the tax-collectors, He is gracious.

Consider Colossians 4:5-6, “Walk in wisdom toward outsiders, making the best use of the time. Let your speech always be gracious, seasoned with salt, so that you may know how you ought to answer each person.”

If someone shares a post, video or article I disagree with, I try to never attack the person. “How can any intelligent person believe this?” “Only a fool would believe this garbage.” These are all examples of what not to do.

When I get in a disagreement online, whether they are believers or unbelievers, I try to follow this principle: Don’t attack people, counter arguments.

Here’s a better way to disagree:

First, ask clarifying questions. Try to get a clear reason why the person believes what they believe. Then respectfully share why you disagree with their belief. Some people will get nasty no matter how polite you are. Usually that’s a good sign that you don’t need to continue the conversation.

15) Don’t be too proud to apologize

Several months ago, I received an apology from a believer who admitted they got out of line in a disagreement on Facebook. I was blown away!

Have the humility to say you’re sorry.

It seems like having a civil disagreement has become a rare phenomenon, but we need to learn how to disagree with charity.

On social media, I’ve had disagreements with people on a wide range of topics like abortion, atheism and racial issues. I try my best to be civil and if the other person is too, I thank them for that.

Bonus rule #2) Be an encourager!

In a world where people disagree and fight over every issue, we all could use some solid encouragement. Congratulate people on their accomplishments. Let them know you appreciate their thoughts. And above all, show the love that Jesus has shown you.

You Are Christ’s Representative Online

Social media has changed the world and the very nature of communication. We are all able to broadcast our every thought and opinion at an unprecedented scale. But Christians must not forget that everywhere we go, we represent our savior.

“In the same way, let your light shine before others, that they may see your good deeds and glorify your Father in heaven” (Matthew 5:16).

It is Tim's greatest desire to see the church effectively share the gospel of Jesus Christ. Tim trains college students to be missional Christians on their college campuses through Ratio Christi and works in Church communications.

The New Era of Justin Bieber Is Upon Us With ‘Holy,’ Featuring Chance the Rapper