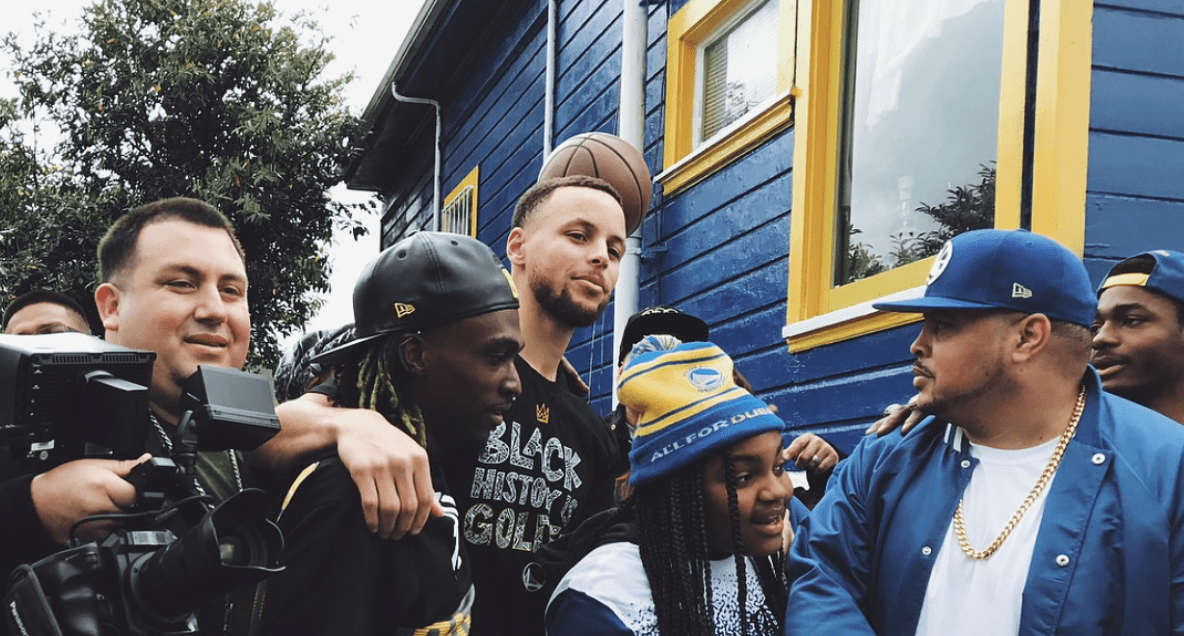 NBA superstar Steph Curry is working with Christian rapper Bizzle to make a hype anthem for the Golden State Warriors. The song will appropriately be called “Winning,” fitting since the Dubs are one of the most dominant teams in modern basketball.

Curry is a vocal Christian and has a storied history of coming together with other influencers of faith.

He rubs shoulders with Lecrae a lot (the rapper came to Curry’s 30th birthday party) and has been known to speak openly about his platform as a Christian celebrity.

The collaboration with Bizzle should come as no surprise.

It’s honor working with these mighty men of God. Can’t wait for you guys to see the visuals.?

Those are just some samples of the song to come. The release, which will feature a video centered in Oakland, will be coming down soon, according to what’s on the IG. (h/t rapzilla)