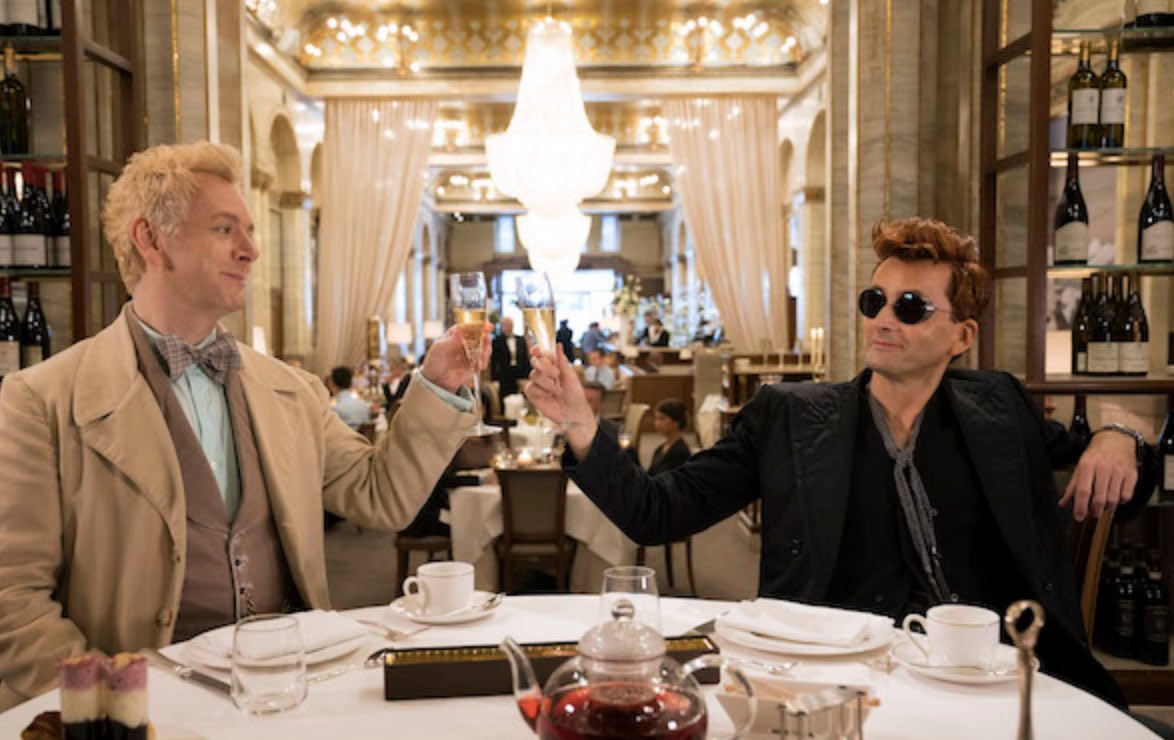 The group Return to Order is not a fan of the series of Good Omens—a lighthearted show based on a popular series of novels that features supernatural beings attempting to thwart the end times.

Here’s how Return to Order describes it:

The Netflix series “Good Omens,” based on a book by Terry Pratchett and Neil Gaiman, portrays the agents of Good and Evil as fighters in an arbitrary struggle devoid of meaning and truth. This series presents devils and Satanists as normal and even good, where they merely have a different way of being, and mocks God’s wisdom in the following ways: An angel and demon are good friends, and are meant to be earth’s ambassadors for Good and Evil respectively; This pair tries to stop the coming of the Antichrist because they are comfortable and like the earth so much; God is voiced by a woman; The Antichrist, who will oppose the Kingdom of God, is portrayed as a normal kid that has special powers and a mission to destroy the world which he doesn’t really want to do …

With all of the “objectionable” content, it’s no surprise they tell readers “Please sign our petition, telling Netflix that we will not stand silent as they destroy the barriers of horror we still have for evil.”

There’s only one flaw in Return to Order’s plan to wipe this show from Netflix. Good Omens isn’t a Netflix show. It’s produced by and airs exclusively on Amazon.

The author of the books that the show is based on was not impressed.

I love that they are going to write to Netflix to try and get #GoodOmens cancelled. Says it all really. https://t.co/8WNxCY1YmV

Phil Wickham on the Profound Power of Simple Worship