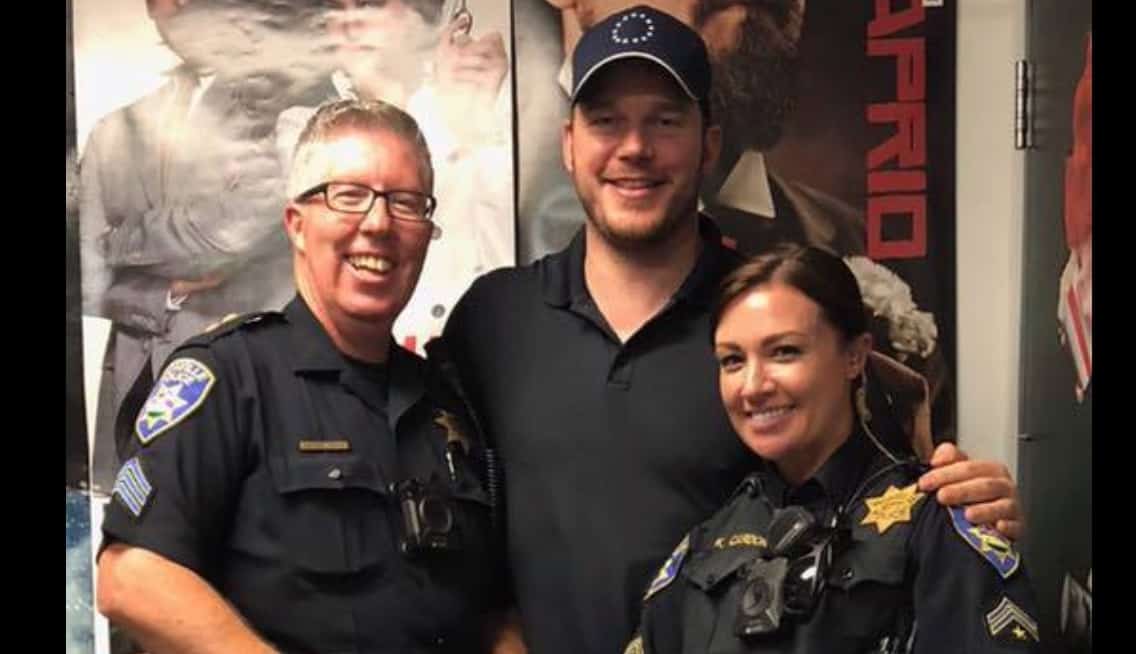 This week,  a theater in Vacaville, Calif., hosted a special screening of the new action epic Jurassic World: Fallen Kingdom for children fighting cancer. Police officers, first responders and firefighters in the area also hosted fundraising events to benefit the children in attendance, and more tickets to the screening were sold to the community to raise money for the kids.

But, as the movie was about to start, a special guest showed up with some words of encouragement for the kids: the movie’s star, Chris Pratt. Pratt’s brother, Cully Pratt, is a local police officer who arranged the appearance.

Pratt thanked the officers and first responders, and told those in attendance, “I wanted to show some appreciation so it was important for me to come up here, show some face time, and say that I appreciate you guys. I’m always thinking about you and praying for you.”

He explained, “I think back 25 years ago, watching these movies as a kid and to think I’m part of that franchise now, it’s pretty cool. I’ve been fortunate in my career to have done several movies that resonate with children. There are children that are dealing with some unfortunate circumstances so it’s great to brighten the day for the kids. But it’s also the family members that really need to be lifted up. That makes me feel the best, it’s the best part of my job, to help lift those spirits.”

Chris McClarney’s ‘Over and Over’ Is Just Plain Gorgeous