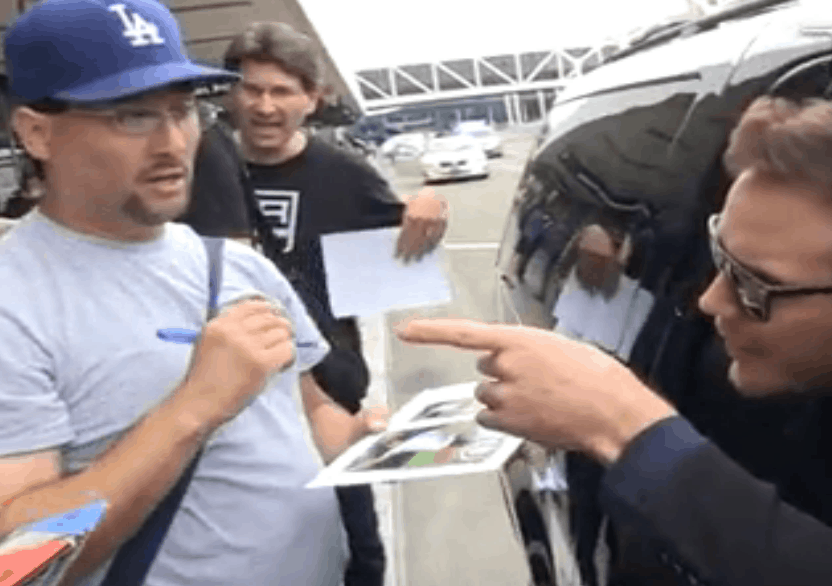 Chris Pratt continues to seem like Hollywood’s most down-to-earth superstar. Even when he’s being being hounded by aggressive autograph-seekers and photographers asking a bunch of obnoxious questions, he manages to keep his cool.

A video is circulating of Pratt interacting with a bunch of paparazzi and dudes trying to get his autograph on merchandise, and he has an interesting reaction to one of the guys who starts giving him a hard time. These types of video are typically the worst, but the encounter is different than some of the more salacious tabloid moments typically seen on the internet.

First, instead of dignifying the question of whether or not he and his wife Anna Faris are the new “it” couple now that another high-profile couple have broken up, Pratt simply says that he’ll be praying for them.

Then, moments later, after one of the people trying to get his attention losses his temper off camera and says something, apparently very unpleasant, Pratt still keeps his cool:

You should be nicer. You got a cross on your chest and you’re cussing me out? … Come on man, don’t be a jerk.

TMZ videos are mostly terrible, but it’s interesting to see a celebrity actually act in a way that isn’t going viral for the wrong reasons.

Pratt maybe Hollywood’s new biggest star, but he still seems like down-to-earth person, even in situations most people would lose it.