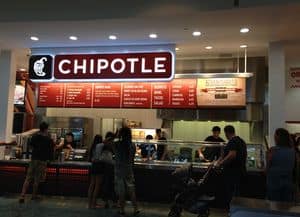 In the wake of the recent Chipotle E. coli outbreaks, many Chipotle fans have been forced to slum it at other fast food joints while only dreaming of barbacoa and cilantro-lime rice. While the Centers for Disease Control and Prevention has been unable to identify the specific cause of the E. coli spread, dozens of people across several states got ill after eating at the burrito joint.

Chipotle has announced that it’s changing its cooking methods to address these health concerns. Things like dipping onions in boiling water to kill germs before they’re chopped, marinating raw chicken in re-sealable plastic bags rather than in bowls and cilantro being added to freshly cooked rice so the heat gets rid of microbes in the garnish are some of the new methods that will be put into practice in Chipotles across the country. A statement on the website said, “In the wake of recent food safety-related incidents at a number of Chipotle restaurants, we have taken aggressive actions to implement pioneering food safety practices.” Rest easy, Chipotle lovers. The fast-food world may be looking bright once again.