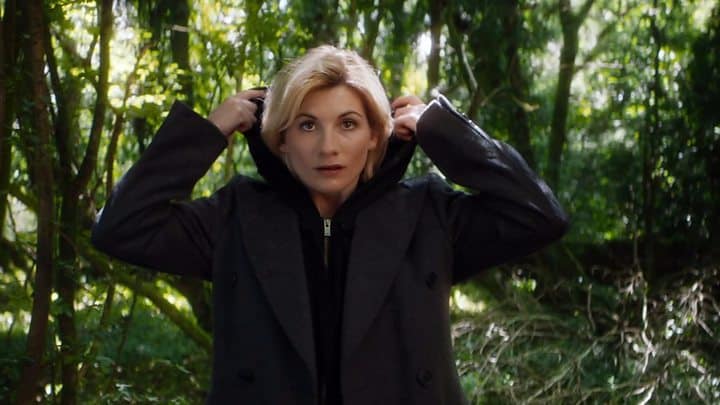 As you might have heard if you’re a human being and definitely heard if you’re a Whovian, Doctor Who made a big announcement over the weekend. The 13th Doctor will be played by Jodie Whittaker, the first time a woman has taken the job in Who-history.

The announcement was met with plenty of accolades for a big step forward in shaking up the Doctor’s white, male resume (and a few naysayers who got upset that their fictional space doctor won’t be a boy anymore) but at least one person met it with pure, simply, unadulterated delight.

Jenny Trout is an author who pulled her daughter out of the shower so she could watch the BBC’s big announcement. The resulting reaction is pretty heartwarming.

It’s a good reminder that increasing the diversity of beloved pop culture franchises like Doctor Who is about a whole lot more than just ticking off some PC box. There’s real power to representation, and to providing smart, cool heroes like the Doctor for fans that are just as diverse as they are. Here’s a little compilation of reactions the BBC strung together.

The moment the identity of the new Dr was revealed and some viewer reaction #DoctorWho #jodiewhittaker ?? pic.twitter.com/AUwGCqS1oL

The ‘LulaRich’ Filmmakers are Working On a Duggars Docuseries

Jodie Whittaker is best known for her brilliant turn in the BBC’s Broadchurch series, and also made waves in 2011’s little seen but surprisingly influential Attack the Block.

She’ll officially take the reins over from Peter Capaldi during this year’s Christmas special.