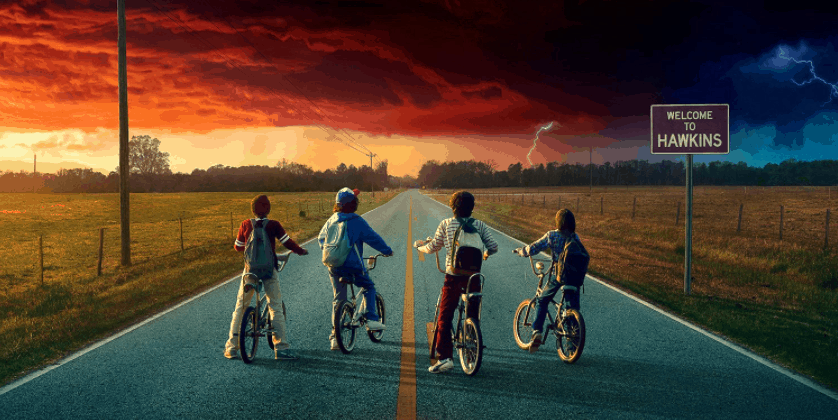 Stranger Things ended on a bit of a cliffhanger, with lots of lingering questions about just who was involved in what, where everyone ended up and even a few questions about who was alive and who wasn’t.

Just how many of those questions will be answered by season two is a question that remains to be answered, but now we know when it’ll be answered: October 27. We’ve also got a crazy new poster and suffice to say, it looks like the Upside Down’s got a little more going on than originally believed.

There’s also a brief teaser, promising that “1984 only gets stranger” and also promises that we’ll get a lot more of the Stranger Things kids riding around on bikes, presumably fleeing sinister government figures and nightmare monsters.

Some doors can't be closed. #StrangerThings2 arrives on October 27. pic.twitter.com/NALL5HQalg

Well, some doors can’t be closed. 1984’s going to be weird. The Upside Down has a giant tentacle monster. Eleven is definitely going to be up to some shenanigans. Keep your eyes peeled.