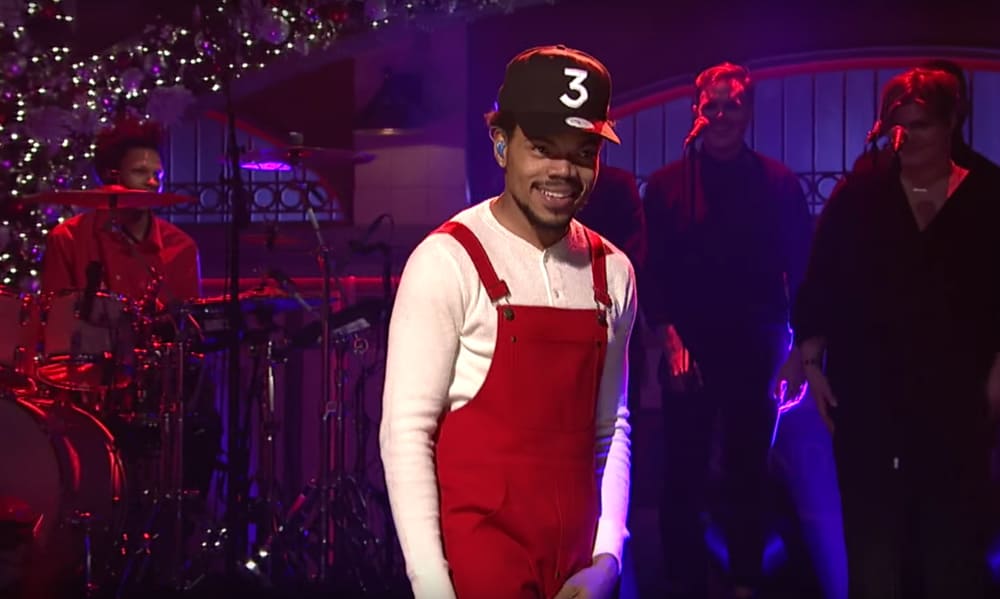 Chance is pretty cozy with the folks over at Studio 8H. He handled their big Christmas show last year and has pitched in on a few sketches during his time as a musical guest. But one thing the rapper, producer, humanitarian, multi-hyphenate extraordinaire has yet to do is actually host the show. But he’ll be checking that box off in November too.

Yes, it appears Chance will be swapping musical guest duties for the main stage on November 18, while Eminem will be filling in with the songs.

Chance isn’t exactly an untested talent onstage. He showed up for a verse on last year’s “Jingle Barack,” an ’80s-infused hip-hop tribute to President Barack Obama’s last holiday in the Oval Office. It’s not exactly Christmas season (yet), but you can re-live the wonder here.

And we’d be remiss to not note that Tiffany Haddish, who positively stole the show in this year’s Girls Trip, will be hosting opposite Taylor Swift the week before, and the reliably funny Larry David will handle hosting duties with Miley Cyrus on the ones and twos next week. All in all, a pretty good looking lineup for November.

Is the Reformation Still Relevant?