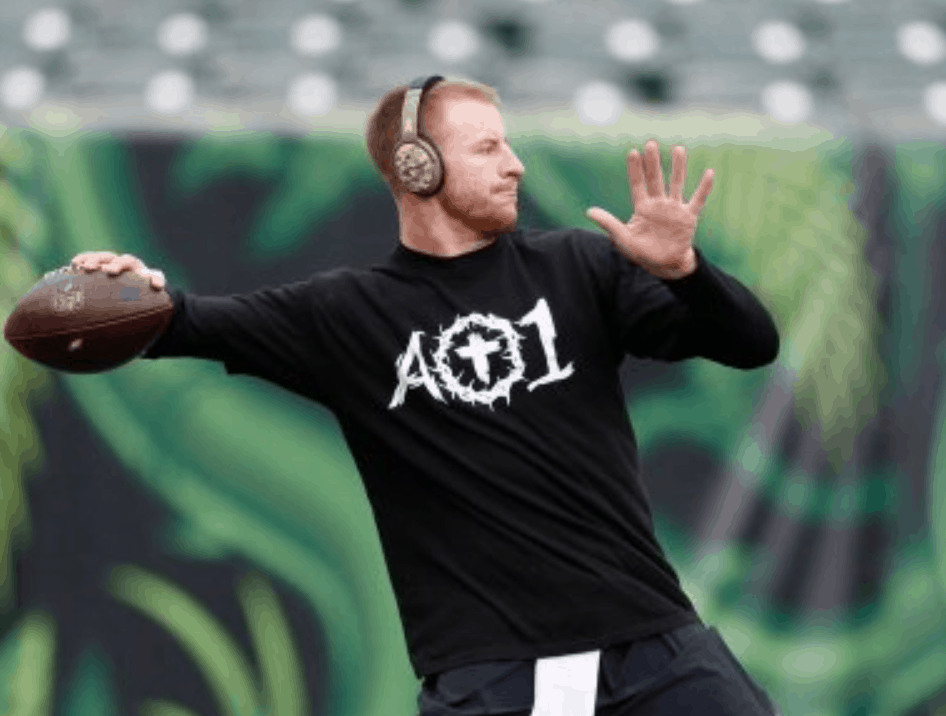 Yesterday, Eagles quarterback Carson Wentz helped lead his team to another victory, advancing to an impressive record of 11 – 2. But late in the game, the 24-year-old was hit by multiple defensive players while attempting to dive into the end zone, injuring his left knee.

The injury could be serious.

The team fears he may have torn his ACL, which would end his season and require surgery. Considering Wentz is largely considered a leading MVP candidate, the announcement could be a devastating one to the team.

However, Wentz had a surprisingly positive attitude after the game (which made the Eagles this year’s NFC East champs), tweeting, “I know my God is a powerful one with a perfect plan.”

NFC East Champs! So proud of the resiliency of this team. Such a special group of men.

And I greatly appreciate all the prayers! I know my God is a powerful one with a perfect plan. Time to just lean in to him and trust whatever the circumstances! #Proverbs3:5-6

Listen to ‘Renegade’, Yet Another Great Collaboration Between Taylor Swift, Bon Iver and Aaron Dessner

Wentz is an outspoken Christian who even preaches at his church (see below), and a sort of revival has broken out on his team, with players baptizing each other and leading prayer groups.

The team finds out today how serious Wentz’s injury is.

Study: Christians Donate Less to Their Religion Each Year Than Jews and Muslims