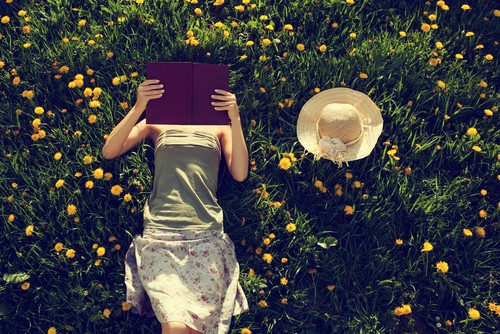 Who doesn’t love a good summer read? With the launch of hundreds of book apps and e-readers, it’s kind of impossible not to have something in your hand when you’re by the pool or traveling. Utilize your technology! Here are some of our summer favorites that we recommend you download. Or read them the old-fashioned way if you’d prefer.

As the title of this collection suggests, Zadie Smith uses essays to explore different variations of the theme of freedom. Her pieces, covering a range of subjects from Justin Bieber to her childhood bathroom, confirm Smith as a non-fiction writer of striking perception. Her writing style is casual yet intimate, without being overtly personal. Your mind will be blown observing Smith’s honest thoughts on paper and her will to draw you into her world.

Rachel Held Evans is a Bible-master. She was even the president of Bible Club in high school. But a vast majority of Christians go through a season of questioning and doubt, even Bible Club presidents. Which is why Evans felt called to write Inspired. Evans examines our favorite classic Bible stories and retells them in memoir, poetry, short story and even screenplay forms. The Bible, she discovers, is not just a static work but is a living, breathing book that is able to equip us to join God’s redemptive work in the world.

In a time when nearly all institutions claim to value “diversity” in their mission statements and values, Austin Channing Brown’s memoir offers us an eye-opening account of growing up Christian, black and female in middle-class white America. From the book’s first line, “White people are exhausting,” Austin gives readers an illuminating look at how white, middle-class Evangelicalism has participated in an era of rising racial hostility, and offers us a clear picture as to what black women endure to cope and function in a world not made for them.

In her debut novel, Tara Burton introduces us to a calculating introvert who latches onto a needy extrovert. The storyteller’s dry humor alongside her gossipy tone promotes the reader from a detached observer to a confidant and friend. Burton’s character progression elevates the story further, creating conflict that propels toward its inevitable conclusion. Kirkus Reviews said it best: “Religion and culture writer Burton’s first foray into long-form fiction is at once a thrilling and provocative crime novel, a devastating exploration of female insecurity, and a scathing indictment of society’s obsession with social media.”

So maybe you’re not one for cookbooks. Or cooking at all (we don’t judge). But this is a fun read by Sam Kass, who cooked for the Obamas while they were in the White House. Kass’ job was to craft nutritious meals for Barack, Michelle, Malia and Sasha in their private residence, where 6:30pm dinner was far from optional for every member of the family, including the president. “It was an inspiring sight,” Kass writes, “the busiest man in the world carving out time for this daily ritual.” Kass goes on in the book to share insider stories about “POTUS’s lucky pasta” and the family’s first dinner in the White House. It’s a light-hearted read that will make you feel like an insider in a world far from your own, while also inspiring you to eat a little better.

Room to Dream by David Lynch and Kristine McKenna

Culture/film fans rejoice. Written alongside journalist and Los Angeles-based critic Kristine McKenna, Room to Dream finds David Lynch mourning over the probable demise of theatrical cinema. The part-biography, part-memoir is structured as a conversation about Lynch’s life with the reader. He pulls us into his life as he pulls us into his movies, and his stories, much like his movies, are chock full of light with an armor of dark humor.

One Swear Word Shouldn’t Turn You Away From Lecrae