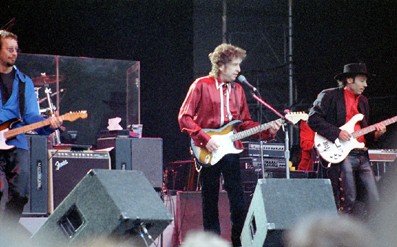 As we’re already noted, after he received the Nobel Prize for Literature, Bob Dylan didn’t respond to the Swedish Academy on whether he would accept it for two weeks. Now, the Swedish Academy says Dylan will not attend the 2016 Nobel ceremony this December 10.

“He underscored, once again, that he feels very honored indeed, wishing that he could receive the prize in person,” the Academy said in a statement.

They revealed they received a letter from Bob Dylan, who explained that “due to pre-existing commitments, he is unable to travel to Stockholm in December and therefore will not attend the Nobel Prize Ceremony.” The Academy’s only requirement for honorees wishing to accept the Nobel Prize is to give a lecture within six months of the ceremony date.

The Swedish Academy points out that its unusual but not exceptional for a Nobel Prize honoree not to attend the ceremony. In an interview last month, Dylan expressed he would “absolutely” attend the ceremony in Stockholm if possible. Representatives for Dylan have not released a statement following the news.