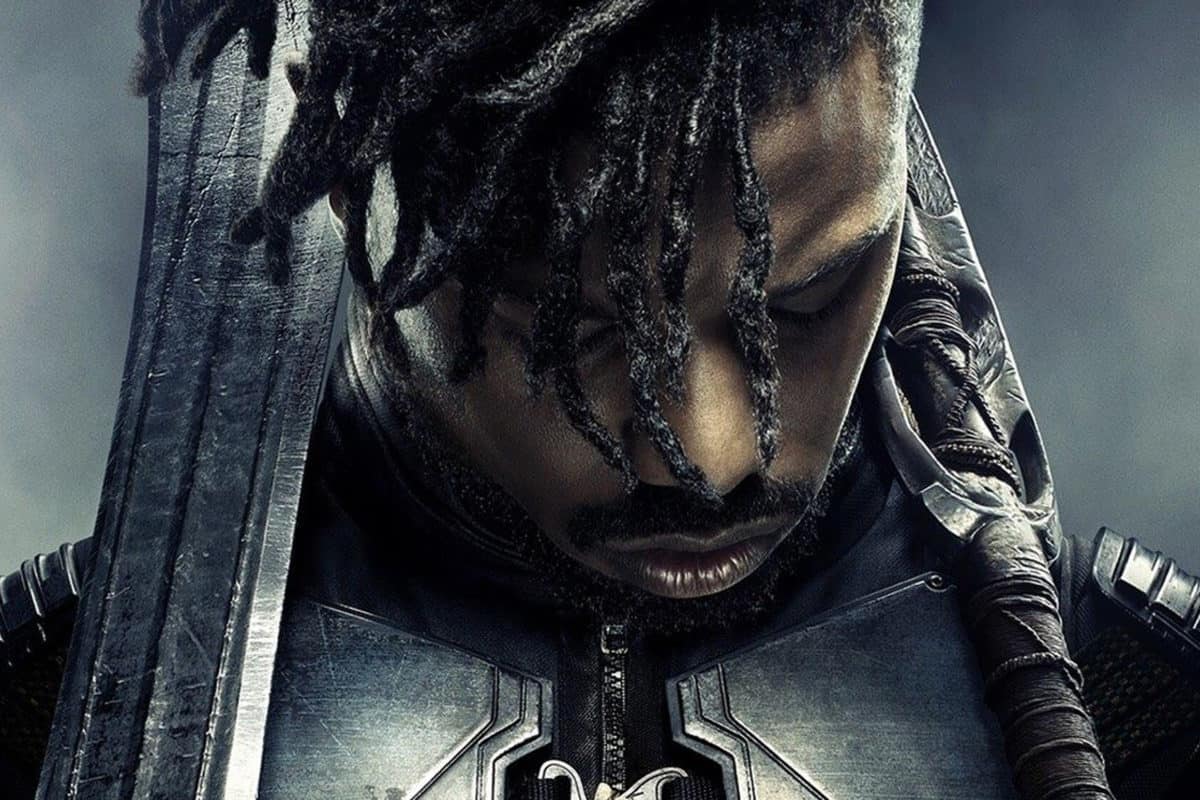 [Warning, the following articles contains some spoilers for the movie Black Panther.]

Great villains don’t just threaten the hero; they teach them a lesson.

Before Black Panther, Marvel bad guys merely aspired to victory, hinging their motivations on flat, boring plans for global domination or world destruction. The typical Marvel villain never dreams bigger than “the world would be a better place with me in charge,” and that’s been the biggest knock against the series to date.

Killmonger, the antagonist of Black Panther, is the best Marvel villain yet. He’s the most fully-realized character in a movie packed with dimension, and Michael B. Jordan delivers a standout performance among a cast loaded with Oscar nominees. But it’s not just charisma or writing that make Killmonger great; his function within Black Panther’s themes and opposite Chadwick Boseman’s T’Challa push him into permanence.

Villains have to be more than a world-dooming threat because a power versus power conflict doesn’t feel surprising. Iron Man is an impressive hero, but in his movies, he’s always matched against a villain marked in turn by their capabilities. The conflict, then, is about who will prove to be more powerful, and that’s boring, because the answer will always be Iron Man.

Villains need to threaten the hero in a way that makes the resolution of their conflict more interesting than “who will win?” That question just doesn’t make us think about anything.

Storytelling 101: Great characters are flawed. Captain America holds archaic viewpoints. Batman is too morally rigid to make sacrifices. Wolverine is fatalistic. Marvel has probed the flaws of its heroes many times, but bafflingly, they’ve hardly used their villains to do that.

Example: In Spider-Man: Homecoming, Peter Parker is hindered by his cockiness and self-centeredness, and the movie addresses those flaws by exploring the identity crisis of being a teenager rather than through the villainous Vulture. The Vulture lies right between Peter’s two identities, but he never tempts Spider-Man toward a brash, selfish choice. That’s why Iron Man’s in the movie; without his tough mentorship, Peter wouldn’t change, and that makes the Vulture an accessory to the conflict rather than the focus. If the Vulture had a strength that was positioned directly against Spider-Man’s weaknesses, it becomes a much richer conflict.

That brings us to Killmonger. Orphaned into a life on the margins of both American society and Wakandan prosperity, Killmonger operates at the center of Black Panther’s themes. His grievances are legitimate and his pain is a touchpoint within a movie rife with imagination and fantasy. Wakanda is fiction, but Killmonger is reality.

And Black Panther is smart to pose Killmonger against T’Challa from the outset. Killmonger’s assertiveness is his greatest strength, and this is placed right at odds with T’Challa’s chronic indecision. Killmonger gains the upper hand in Black Panther because he takes what he wants; T’Challa loses his advantage because he’s passive. The best of the villain brings out the worst in the hero, and that makes Killmonger feel like a threat beyond his physical prowess.

Michael B. Jordan is perfect casting for that dynamic, too. Jordan’s greatest asset as an actor is his ability to balance forceful physicality with evocative, emotive magnetism. He brings plenty of menace to Killmonger, but plenty of vulnerability, dignity and pride, too. When you see Michael B. Jordan in anything, you want to like him, so when you see Killmonger in Black Panther, you want to understand him.

Killmonger is the catalyst for T’Challa to take ownership over his kingdom and assert a new direction for Wakanda, and that’s because of that strength-and-weakness matching written into the movie. In effect, T’Challa learns to take action from Killmonger. He’s a better leader and a changed hero because Killmonger taught him to shore up his deficiencies. That’s the ultimate indication of an all-time villain: Even if the battle is won and the bad guy is defeated, the good guy will never be the same because of their encounter.

The one misstep Black Panther takes toward Killmonger’s character is how it hedges against his appeal.

It’s apparent the movie anticipates some attraction to the character, so it throws in a few clunky, boundary-pushing lines to make sure you’re still siding with T’Challa. (When Killmonger gives the order to distribute Wakanda’s weapons so disadvantaged people can overthrow their oppressors, it’s understandable until he says something like, “With these, our people can kill the ones who keep us down, and their children.” Yeesh, never mind). It’s a disappointing move toward emotional simplicity, but—thank goodness—the movie makes up for it.

The best scene in Black Panther is Killmonger’s dying wish. So many Marvel villains are spurned with death scenes that reduce them to exploding balls of light or flaking statues of ash, and that leaves their defeat vacant of any real emotion (another byproduct of thin characterization). The key difference in this movie: Killmonger is allowed to have the last word. T’Challa doesn’t send him out with a dumb quip or zinger. Instead, Killmonger is given a platform to underline his thesis statement, and it’s gorgeous.

Black Panther, in short, gives its villain dignity, and that simple idea reverberates throughout the entire movie. Nothing here is token, and nothing here is a write-off. Killmonger’s story is over, but he opened the door for T’Challa to find redemption and he altered the trajectory of the entire Wakandan nation.

Killmonger mattered. He has a legacy. In the superhero genre, few other villains can claim the same.

Why Desiring God’s Tweet About Mental Health Is So Wrong

This Is a Very Embarrassing Emergency Landing Situation