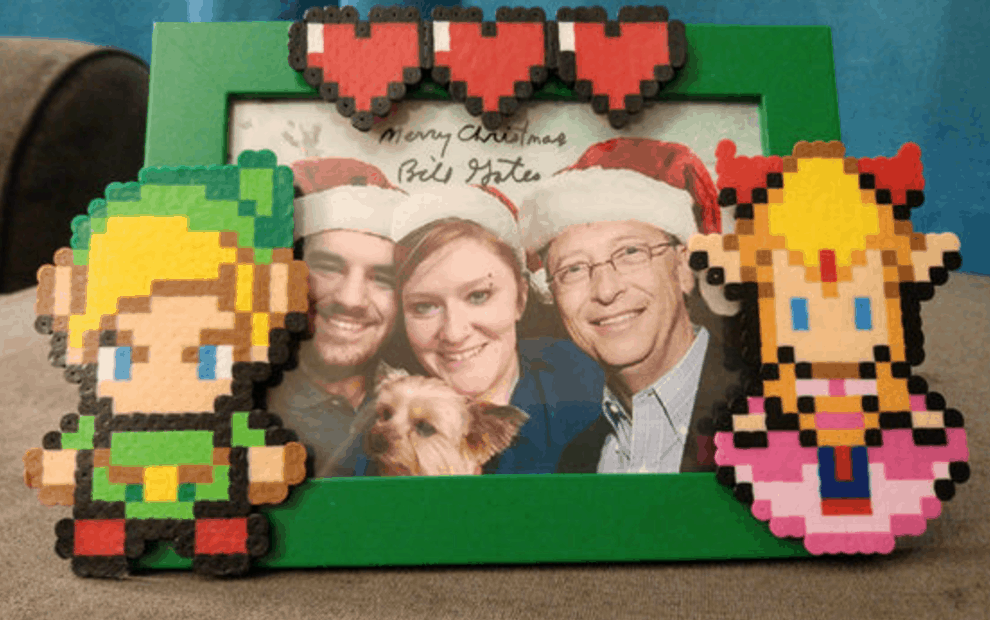 Microsoft founder Bill Gates may be one of the world’s richest—and busiest people—but, he still finds time to take part in Reddit’s annual Secret Santa exchange. The online gift program drew more than 60,000 participants this year, and one of them got a serious haul of extremely thoughtful presents.

Not only did Gates include an Xbox, controllers, games and movies, but also an old school Nintendo. Gates also gave the Zelda fan some custom socks, some Harry Potter slippers, and best of all, a framed photo. The image was her profile picture—which showed her and her husband and dog—with Bill Gates flawlessly Photoshopped in.

Gates also included a note, saying that after he found out that the woman’s Secret Santa left her hanging last year, that he wanted to restore her faith in the Reddit community. Mission accomplished.