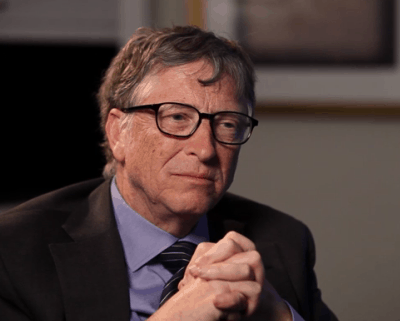 After Apple CEO Tim Cook announced to customers that the company was refusing to comply with the government, citing customer privacy rights, there has been no shortage of support among tech leaders. Everyone from Google CEO Sundar Pichai to Facebook CEO Mark Zuckerberg has spoken out in agreement with Tim Cook’s choice to put customer security first. Everyone, that is, except Bill Gates. While Apple maintains that helping the FBI access the San Bernardino shooter’s iPhone would set a dangerous precedent, Bill Gates told the Financial Times that he doesn’t quite see it that way:

This is a specific case where the government is asking for access to information,” Gates explained. “They are not asking for some general thing, they are asking for a particular case. It is no different than [the question of] should anybody ever have been able to tell the phone company to get information, should anybody be able to get at bank records. Let’s say the bank had tied a ribbon round the disk drive and said ‘don’t make me cut this ribbon because you’ll make me cut it many times.’

And, because tech company heads have been known for their spats, Apple released a statement rebutting Gates’ claims. In the FAQ page of Apple’s website, the statement read:

In the physical world, you can destroy something and it’s gone. But in the digital world, the technique, once created, could be used over and over again, on any number of devices.

Law enforcement agents around the country have already said they have hundreds of iPhones they want Apple to unlock if the FBI wins this case. In the physical world, it would be the equivalent of a master key, capable of opening hundreds of millions of locks. Of course, Apple would do our best to protect that key, but in a world where all of our data is under constant threat, it would be relentlessly attacked by hackers and cybercriminals.

Regardless of points of view, the Wall Street Journal reports that the Justice Department is already “pursuing court orders to force Apple Inc. to help investigators extract data from iPhones in about a dozen undisclosed cases around the country, in disputes similar to the current battle over a terrorist’s locked phone…”

X-Files Origin Novels Coming to a Shelf Near You